Artificial Food Color Side Effects: Hyperactivity, ADD, & Cancer? A United States food watchdog group is urging the government — particularly the Food and Drug Administration (FDA) to require manufacturers to disclose the use of artificial colors fully and clearly in the front labels of their food products.

Michael F. Jacobson, executive director of the Center for Science in the Public Interest, said that many food products—often marketed to appeal to children—use dangerous food dyes that can cause hyperactivity and behavioral problems.

“Tropicana Twister Cherry Berry Blast has no cherry juice, nor any berry juice, and despite the pictures of cherries and berries on the label, the drink gets much of its dark red color from dye, Red 40,” Jacobson said.

In a petition filed with the U.S. Food and Drug Administration, the CSPI said the FDA should require foods containing color additives to bear the words “Artificially Colored” clearly on the package next to the product name. This kind of labeling is something the FDA already requires of many artificially colored products. 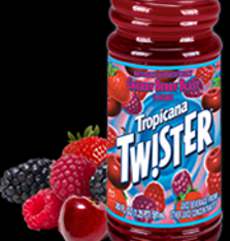 “The FDA has acknowledged that artificial food dyes, such as Red 40 and Yellow 5, trigger hyperactivity and behavioral problems in some children,” the petition said.

Caramel colorings Yellow 5 and Yellow 6 are contaminated with carcinogens, the petition also stressed.

According to the petition, some consumers are also allergic to natural or synthetic color additives.

Dangerous additives
According to a Washington Post article written in March 2011 by Jacobson and psychiatrist David Schwab, manufacturers have a long history of adding dyes to food products to make them more appealing, and today color additives remain a low-cost way to imitate absent fruit or vegetable ingredients or to make many foods more appealing to young children.

Some research shows that redness enhances the impression of sweetness, and in tests with beverages and sherbets, the color of the product influenced consumers’ perception of the flavor more than the flavor itself.

In 1960, the U.S. Congress banned color additives that caused cancer in humans or animals, in the strictest of many laws protecting consumers from artificial dyes passed since 1906.

In the early 1990s, FDA and Canadian scientists found that three most widely used dyes—Red 40, Yellow 5 and Yellow 6—were contaminated with likely human carcinogens.

The production of food dyes has increased by five-fold over the past 50 years, Schwab and Jacobson note. But while many foods like M&Ms include as many as five different dyes, the carcinogenic potential of these combinations have not been tested.

Worse, over the same period, psychiatrists and teachers have observed more attention and behavioral problems in children, with many cases linked to food color Yellow 5.

Since Dr. Benjamin Feingold published his book, “Why Your Child Is Hyperactive” in 1975, numerous studies had been conducted to study the effect of additives on attention-deficit disorders. 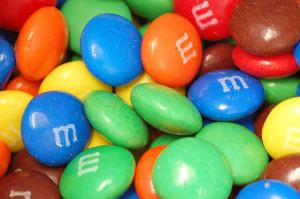 In 2004, psychiatry professor Schwab co-authored an analysis of the best studies into the effects of food dyes on behavior.

Artificial Food Color Side Effects. According to the Washington Post article, two studies funded by the British government that year, each involving almost 300 children, showed more disquieting results: Artificial food dyes in combination with a common preservative made even children with no known behavioral problems hyperactive and inattentive.

Health officials in the United Kingdom urged manufacturers to stop using the six dyes—including Red 40, Yellow 5 and Yellow 6—involved in those studies and the European Parliament required makers to label the foods containing those colorings with a warning that the dyes “may have an adverse effect on activity and attention in children.”

According to Jacobson and Schwab, the FDA initially denied that dyes influenced children’s behavior, but made a turnabout in March 2011 when it released a staff report that concluded that synthetic food colorings affect some children.

Following the lead of European regulators, FDA advisory committee began that month a review of research on the behavioral effects of artificial dyes, they said.

The two experts also recount in their article how the fate of the additive Red 3 illustrates how even strong legislation can be thwarted.

“Lab rats that were fed large amounts of the dye developed thyroid cancer, so in 1984 the acting FDA commissioner recommended banning it.”

“However, fruit-cocktail producers, who relied on the dye to brighten maraschino cherries, pleaded with the Department of Agriculture to block the move. As a result, the FDA banned Red 3 only in cosmetics and topical drugs.”

But beyond the behavioral problems and cancer risks, another obvious risk posed a greater hazard, the Jacobson and Schwab warned.

Dyes draw kids away from nutritious foods and toward brightly colored processed products—like fruit-flavored drinks and snack foods—that are high in calories but low in nutrients.

This is stoking America’s obesity epidemic, which, according to the Society of Actuaries, costs the nation $270 billion a year.

In Britain, McDonald’s Strawberry Sundaes are made without artificial coloring while the same product in the U.S. is made with Red 40.

Both the British and American formulations of Nutri-Grain Strawberry cereal bars contain strawberries, but in Britain plant-based colorings add extra color, while in the United States Red 40 does the job.

Some U.S. companies are also switching to natural colorings. Starbucks has banned dyes from its baked goods and drinks, Whole Foods and Trader Joe’s don’t use dyes and Necco has dropped artificial dyes from its wafers.

But because artificial dyes are brighter, cheaper and more stable than natural colorings, most food makers will continue to use them—especially in countries of the developing world.