Bad Side Effects of Tight Briefs Underwear. One of the contentious subtopics in the endless debate on which is better between boxers vs. briefs is whether tight briefs underwear is bad for a man’s fertility particularly his ability to produce healthy sperm.

Said debate is exemplified in these two Yahoo! Answers answers with one on the side of “tight briefs are bad for your health”:

From Metal Nettle: Close fitting underwear can affect your fertility if it keeps your testicles above their normal temperature by holding them too close to your body, they hang free below your body for a reason.

Loose fitting undies are not going to harm you, it’s nice to let it all hang out though, they weren’t supposed to be contained, by design they are suppose to be liberated, but just covering them wont hurt them or you unless they are hot and sweaty, or the underwear rubs, then you could experience some irritation.

Meanwhile, another Yahoo denizen takes a contrary position as follows:

From mixolydian100: Fact… All of the scientific studies to date have yet to confirm any of the suspected negative effects of tight underwear or tight pants on male genitalia, or any part of the male anatomy, really. They’re most likely caused by other factors, mentioned below.

Fact… Most studies on the matter are inconclusive at best. However, several studies suggest that the testes do a perfectly fine job of regulating their temperature and the factors of healthy sperm and testosterone production simply because of their location outside of the body, in tight clothing or not. You are much more likely to decrease your sperm count, motility, or morphology through environmental factors like smoking, drug use (and not just the illegal ones), exposure to toxins (what’s really in the air you breathe and your water?), or eating like a pig (like most Americans do). If you already have issues because of these factors, yes, tight underwear can exacerbate the problem, but they won’t cause them.

Determined to find out which between these two is correct, we did some research on what doctors and health care providers are saying about the matter. Not unexpectedly, there does not appear to be any consensus on the matter. For instance, Dr Gautam Mallapur, a general practitioner from India was quoted by the Times of India as saying this:

“In men, tight underwear presses against the gonads, impeding flow of the sperms through the spermatic cone, which could lead to infertility in the long term.”

Dr. Mallapur’s claim is contested by the University of Iowa’s Department of Urology which had this to say in its FAQ section:

How do tight jeans cause a low sperm count? That is actually a myth. There is very good evidence that shows that tight jeans and tight underwear, as well as all types of clothing do not have any effect on sperm count. There is really no difference in boxers versus briefs, tight jeans versus loose pants.

If medical practitioners do not agree on the matter, what do researchers who actually study this kind of thing say? It turns out that they don’t have a conclusive (as in, “Yeah! Tight briefs are bad for your sperm!”) answer too.

Check out what they are saying about the bad side effects of tight briefs underwear:

Influence of genital heat stress on semen quality in humans by Andreas Jung and HC Schuppe (via pubmed): Wearing tight fitting compared with loose-fitting underwear is associated with significantly higher scrotal temperatures. However, available observations suggesting a link between tight-fitting underwear or trousers and impaired semen quality are not convincing.

Are boxer shorts really better? A critical analysis of the role of underwear type in male subfertility by Robert Munkelwitz and Bruce R. Gilbert (Journal of Urology, October 1998): In our study there was no difference in scrotal temperature depending on underwear type. It is unlikely that underwear type has a significant effect on male fertility. Routinely advising infertility patients to wear boxer shorts cannot be supported by available scientific evidence.

Fit of underwear and male spermatogenesis: a pilot investigation by Sanger WG and Friman PC (via PubMed): The results showed the semen parameters gradually decreased in tight conditions and gradually increased during loose conditions. Although preliminary, the results support the commonly held but undocumented belief that the fit of men’s underwear can influence sperm production. 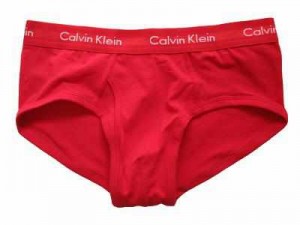 Says one of the researchers, Dr Allan Pacey of the University of Sheffield, “…Although if they are a fan of tight Y-fronts, then switching underpants to something a bit looser for a few months might be a good idea.”

So what do we get from all these contradictory studies on the bad side effects of tight briefs? The practical thing we can think of is that if you happen to wear briefs and have some fertility issues, it doesn’t hurt to start using boxers.