Benzocaine Side Effects. Benzocaine, a topical pain reliever usually applied to the gums or the mouth to soothe pain, can be dangerous to your health. According to the U.S. Food and Drug Administration, use of Benzocaine — which is found in over-the-counter drugs such as Anbesol, Hurricaine, Orajel, Baby Orajel, Orabase, Americaine, and many others — can lead “to a rare but serious—and sometimes fatal—condition called methemoglobinemia”.

Metheglobinemia leads to a reduction in the amount of oxygen being carried through the bloodstream; this condition could result in death.

Signs and symptoms. So how do you know if a person who used Benzocaine has developed methemoglobinemia? Here are some symptoms you should watch out for: pale, gray or blue colored skin, lips, and nail beds; shortness of breath; fatigue; confusion; headache; lightheadedness; and rapid heart rate.

Sometimes these symptoms are not present even if one has methemoglobinemia. On the other hand, the presence of any of these symptoms does not always mean that one has metheglobinemia. Said symptoms usually appear within a few minutes to two hours of using benzocaine gels or liquids. These may occur during the first application of the drug or after multiple usage. 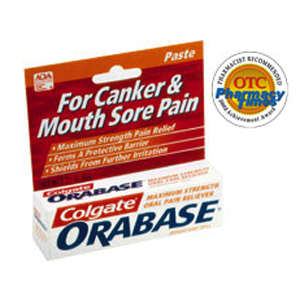 What should you do if you recognize any of the above signs and symptoms in someone using benzocaine? Here’s the answer from the FDA:

Babies and toddlers particularly at risk. The FDA warned that children ages two years old and below are at particular risk and is thus advising parents and health care givers to NOT use Benzocaine for these children except upon the advice and supervision of medical professionals.

The agency revealed that it has received 29 reports of benzocaine gel-related cases of methemoglobinemia. More than a majority of said cases (19 out of 29) occurred in children most of whom are under two years old (15 of 19 cases).

Other over-the-counter Benzocaine products. Here’s a list of over-the-counter drugs that use benzocaine as its main ingredient. Please note that this is only a partial list and there are other products out there not included in this list:

UPDATE on Benzocaine Side Effects: In a 07 April 2011 advisory, the FDA reveals that its total of methemoglbinemia cases associated with benzocaine use adds up to 319 cases seven of whom ended in death. From FDA:

In the cases, topical benzocaine spray was used for medical procedures such as transesophageal echocardiogram, endoscopy, bronchoscopy, intubation, and feeding tube placements.