Briviact Side Effects: Common and Serious Side Effects. Early this year, both the U.S. Food and Drug Administration (FDA) and the European Medicines Agency (EMA) approved the use of Briviact “as an add-on to other epilepsy medicines to treat partial-onset seizures (epileptic fits starting in one specific part of the brain)”. The drug is approved only for patients aged 16 years old and above. 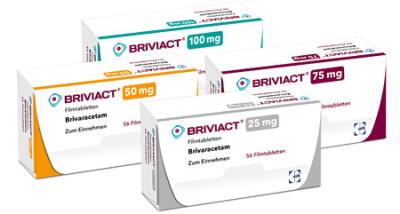 The two agencies issued approvals for Briviact after clinical trials which proved that it is effective in reducing the frequency of seizures.

“The Agency’s Committee for Medicinal Products for Human Use (CHMP) decided that Briviact’s benefits are greater than its risks and recommended that it be approved for use in the EU. Clinical studies have shown add-on treatment with Briviact to be more effective than placebo for controlling partial-onset seizures in adults and adolescents from 16 years of age. Most side effects of Briviact were of mild or moderate severity and were considered manageable.”

Now, what are the Briviact side effects that patients should be aware of? The most common side effects are as follows:

Meantime, serious Briviact side effects may include:

Nervous system problems. Drowsiness, tiredness, and dizziness are common with Briviact but can be severe. BRIVIACT can also cause problems with balance and coordination.

Irritability and anxiety are common with BRIVIACT, and can be severe. People who take BRIVIACT can also get psychotic symptoms such as hallucinations (seeing or hearing things that are really not there), delusions (false or strange thoughts or beliefs), and unusual behavior.

The above list of side effects is not exclusive. So you may experience other Briviact side effects other than the ones mentioned. Make sure to tell your doctor or healthcare provider any side effects especially those that do not go away. In addition, you may also report side effects to the drug maker at 1-844-599-CARE [2273].