Butterbur Side Effects. For hundreds of years, long before the pharmaceutical industry became the global behemoth that it is today, people turned to herbal medicine for healing.

The use of plants and plant products is common in the folk medicine traditions of all cultures. In fact, many licensed drugs used today have their origins in some of these herbal traditions. 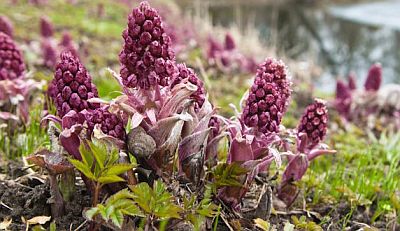 And even today, many people still turn to herbal remedies: the World Health Organization (WHO) estimates that over four billion people, or 80 percent of the world’s population, use herbal medicine for some aspect of their primary health care.

But in the United States, Canada, the United Kingdom, and many other countries, herbal products may be marketed only as food supplements.

Because of this, they’re not regulated by drug regulators like the U.S. Food and Drug Administration, Health Canada and the UK’s Medicines and Healthcare products Regulatory Agency (MHRA). Since they are not regulated, there’s no guarantee of their purity or safety.

In fact, “some unlicensed herbal medicines can pose a serious risk to your health,” warns Richard Woodfield, MRHA’s head of Herbal Policy.

The MHRA was prompted to sound the alarm by at least 40 cases of liver toxicity, including nine cases of acute hepatitis that resulted in liver failure requiring an organ transplant.

Cases of liver toxicity have also been reported to occur in products with only small amounts of butterbur extracts where the PAs had been removed, the regulator also warned. Other ingredients found in butterbur such as the sesquiterpene constituents like petasin may also cause liver toxicity, it added.

“We advise anyone taking these products to stop doing so. If you have any concerns, speak to your GP or pharmacist,” the MRHA’s head of Herbal Policy said.

Read more about Butterbur Side Effects after the jump.