Calcium Supplement Side Effects. Are calcium supplements bad for your heart? The answer, according to a new study by researchers from Zurich University’s institute of social and preventative medicine, is “Yes”.

According to The Guardian, the researchers looked at “the calcium intake of 23,980 men and women in Heidelberg, Germany, who were aged 35-64 when they joined a local cohort of the European Prospective Investigation into Cancer and Nutrition (EPIC) study in 1994-98.” 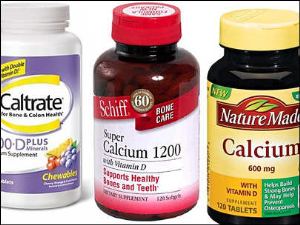 They then checked the “participants’ health for 11 years afterwards, during which time 354 of them had a heart attack and 260 a stroke and there were 267 associated deaths. They also tracked how much calcium they consumed from any source.”

And what did the researchers discover which made them conclude that calcium supplements are not good for your heart? Well, they found out that the participants who took calcium supplements regularly were 86% more likely to suffer a heart attack than their cohorts who did not use said supplements.

The researchers, led by Professor Sabine Rohrmann, also found that “those who obtained their calcium exclusively from supplements were 2.7 times more likely than non-users to experience a heart attack”.

The above findings on calcium supplement side effects were published in the medical journal Heart.

Rohrmann and company are not actually the first researchers to link calcium supplements with higher risks of heart attack. In July 2010, the British Medical Journal published a study by a group of researchers from New Zealand, the United States, and Scotland found that people who took in calcium supplements were 30% more likely to have a heart attack. This increased risk appears to exist in both men and women regardless of their age. [via BBC]

Say the study authors in their conclusion on calcium supplement side effects on the heart:

The likely adverse effect of calcium supplements on cardiovascular events, taken together with the possible adverse effect on incidence of hip fracture2 58 and its modest overall efficacy in reducing fracture (about 10% reduction in total fractures) suggest that a reassessment of the role of calcium supplements in the prevention and treatment of osteoporosis is warranted.

It is important to note that these studies identified that calcium supplements are the culprits and not calcium in the diet.

Says Dr. Sabine Rohrmann, co-author of the 2012 study we first mentioned above, “Sufficient calcium intake is important, but my recommendation would be to get calcium from food, like low-fat milk and dairy products and mineral water rich in calcium, rather than from supplements.”

Dr Claire Bowring, of the UK’s National Osteoporosis Society, agrees (via BBC): “We’ve always recommended that people should aim to get the calcium they need from their diet to help build stronger bones. If you get all of the calcium that you need from your diet and adequate vitamin D from exposure to sunshine, then a supplement will not be necessary.”

Update on Calcium supplement side effects after the jump. Read more about the study of Dr. Ian Reid of the University of Auckland on the next page.