If you believe the merchants who are illegally selling DNP, this drug is the best weight loss drug of them all because it will boost your metabolism and you will shed some pounds even if you don’t exercise or watch what you eat. However, government agencies are issuing warnings on this drug because of its very bad (and deadly) side effects. 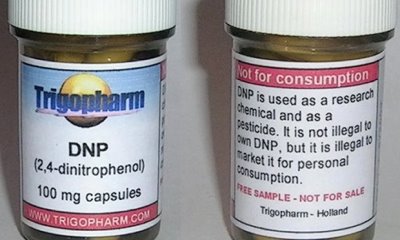 Dinitrophenol Side Effects. According to the UK NHS, dinitrophenol has the following side effects:

A combination of the above side effects can result in coma and even death. Additionally, prolonged use of DNP can cause cataracts and skin lesions as well as damage to the heart and the nervous system. 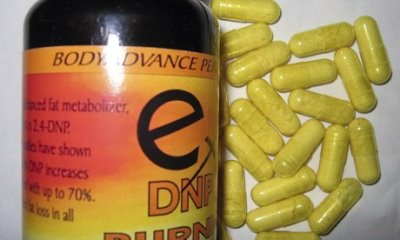 Dinitrophenol Deaths. You don’t believe that DNP can cause death? Well, either you’ve been living under a cave in Afghanistan or you are willfully ignoring news reports about the dangers of DNP. Today, the BBC reported on the death of a 21 year old student named Eloise Aimee Parry who died after she took the drug. More from BBC News:

Her mother told the BBC’s Victoria Derbyshire show the pills appeared to be Ms Parry’s “little fix”, adding: “This allowed her to achieve this super-slim appearance but it cost her her life.”

Ms Parry said she had “absolutely no idea” her daughter was taking the pills until after she died, describing them as “bad news”. “It only takes a small amount to kill you,” she said.

“It’s a really nasty drug. Once the drug is in your system it does a lot of damage. It doesn’t just burn fat; it destroys your muscles. It turns bodily fluids yellow. “Doctors didn’t stand a chance of saving her, unfortunately.”

Other tragic victims of the drug include 18-year-old star student athlete Chris Maplecroft who died in 2013 after taking the fat-burning pills. The Daily Mail reports:

Chris died at home in Twickenham on June 18. At the time, it was believed he may have died from meningitis, but an inquest last week was told the cause of death was the chemical, known as 2,4-dinitrophenol (DNP). The coroner recorded a verdict of accidental death.

In 2012, a 28-year-old bodybuilder named Sean Cleathero died, of heart attack and kidney failure, after drinking a “yellow cocktail containing a massive dose of fat-burning drug DNP which is normally used as an industrial pesticide.” [source: metro.uk]

Meanwhile, in September 2012, a University of Leeds medical student named Sarah Houston was found dead by her flatmate after ingesting DNP pills which she reportedly bought through the internet. Her family is now campaigning to have DNP classified as an illegal drug. Says the family in a statement:

To lose someone so young in this way only adds to our devastation. There have been at least 62 further deaths related to DNP. We as a family are distraught and are keen to make sure no other family suffer in this way.

Whilst the FSA has banned it from human consumption, its risks are not widely known and it does not seem to affect the ease at which it can be bought from the internet. It seems incomprehensible to us that such a toxic substance can be available in tablet form to be sold in the UK for human consumption across the internet.

The following year, in February 2013, fitness enthusiast Sarmad Alladin died after taking DNP pills prompting his school, the University for the Creative Arts, to issue the following warning to its students: “It has come to the University’s attention that some very dangerous weight-loss and body-building drugs could be circulating among students. If you have bought or obtained Dinitrophenol or Dymetadrine tablets online or anywhere else, please stop using them immediately. The drugs are potentially lethal.”

Here are some fast facts on dinitrophenol: