Steroid for Sciatica Pain: Effective or Not? People with sciatica — a searing pain that shoots from the lower back straight down the leg — are a notoriously difficult-to-treat bunch. For one, sciatica is a symptom of a medical problem — not a medical condition on its own.

Brought on by an injury to or pressure on the sciatic nerve — the nerve that controls the muscles in the back of the knee and the lower leg and provides sensation to the back of the thigh, part of the lower leg and the foot’s sole — it can be caused by a number of things. Tumors, pelvic fracture or injury, or piriformis syndrome — a pain disorder involving the narrow muscle in the buttocks — are among the conditions that can cause sciatica. Often, pain is caused by the protrusion of vertebral disk substance pressing on the roots of the sciatic nerve. [Related: Stem Cell for Osteo-Arthritis] 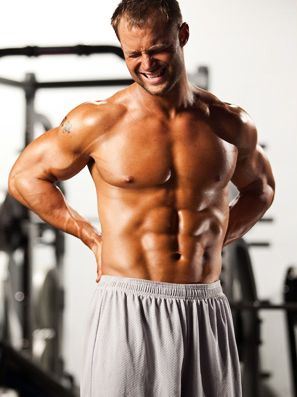 And then sciatica pain can vary widely. For some it may feel like a mild tingling, dull ache, or a burning sensation affecting one side of the lower body. For most, the pain often radiates from the lower back into the deep buttocks all the way through the back of the thigh and down to the leg. For all, the pain is chronic, and for some, severe enough to make a person unable to move. Sciatica is a very debilitating condition that affects thousands of people every year. Worldwide, it’s the leading cause of disability in people 45 years old and younger.

For quite some time, physicians have used epidural steroid injections to treat sciatic — but to mixed results. Steroids can also have catastrophic complications — including hip arthritis, stomach ulcers and a decrease in immunity.

Etanercept, known by its brand-name Enbrel, is a genetically engineered small-protein drug known as a tumor necrosis factor inhibitor (TNFI) that works by blocking TNF, a substance the body naturally produces that causes inflammation.

Because of the way these TNF inhibitors work — and also because these genetically engineered drugs don’t cause a decrease in immunity, hip arthritis and stomach ulcers, in the way that steroids do — doctors hoped that injecting this new drugs into the spine could relieve the severe leg and lower back pain of sciatica.

Steroids, TNF inhibitors don’t work
But a new Johns Hopkins-led study suggests that injections of either steroids or arthritis drugs in the spine may not provide much more pain relief for people suffering sciatica pain. The findings are published in the April 17 issue of the Annals of Internal Medicine.

But the findings aren’t definitive. It’s possible, researchers tell Reuters Health, that higher doses of steroids or the anti-arthritis drug etanercept are needed to ease pain more consistently in this hard-to-treat group of patients. Or, they suggest, the shots may do a better job if they weren’t given in set intervals, but as needed.

“This kind of pain is very challenging to treat. There’s no reliable treatment that works in everyone,” says Dr. Steven Cohen, an associate professor of anesthesiology and critical care medicine at the Johns Hopkins University School of Medicine, who led the study.

Studies with etanercept grew out of efforts to prevent or limit sciatica pain, Dr. Cohen explains. While steroids work, he says, they have come with drawbacks — mixed and temporary results in relieving pain, as well as the potential for dangerous side effects. This is why pain experts have been seeking for a long time a safe and reliable alternative treatment, he notes.

“This treatment has generated a lot of hype because specialists have been desperate for a safe way to treat back pain,” says Dr. Cohen, who is also the director of pain research at the Walter Reed National Military Medical Center. “But it’s turning out to be a big disappointment in this study.”

“The findings are disappointing, but by no means is this the end of the story,” he adds. And the good news is that the study also shows that the drug injections didn’t increase the risk of infection and other complications, despite previous fears.

Continue reading about Steroid for Sciatica Pain after the jump.