E-Cigarette Side Effects: Safe or Dangerous to Your Health? So you want to quit smoking and want to know if e-cigarettes can help you kick the deadly habit? Or do you want to help a loved one stop smoking?

Since the 1998 Master Settlement Agreement forced the four biggest American tobacco companies to compensate people with lung cancer and other ailments caused by smoking, awareness of the health hazards of smoking has grown by leaps and bounds.

The current global tobacco epidemic continues to claim nearly six million people each year, including five million smokers and ex-smokers and even more than 600,000 nonsmokers exposed to second-hand smoke.

But persistent anti-smoking campaigns launched by the World Health Organization (WHO) and other global public health authorities and nongovernment tobacco control groups over the past decades have made smoking an undesirable act and the smoker a pariah.

Today there are many nicotine replacement therapies (NRTs) available and backed up by health authorities, but e-cigarettes are particularly attractive to smokers because they look like cigarettes and deliver the same experience as smoking.

Makers have deliberately marketed e-cigs as “the first health cigarette, free of harmful chemicals and tar typically found in tobacco products,” CNN Medical Producer Danielle Dellorto noted in a 2009 article. E-cigarette makers say the only ingredient of their product is “pure liquid nicotine.”

E-Cigarette side effects, safety, effectiveness unknown. But in a September 2011 entry on the Harvard Medical School’s Health Blog, Dr. Harvey Simon warned, “despite the appeal of so-called e-cigarettes, we don’t know enough about their safety or effectiveness to give them the green light.”

In fact, both the United States Food and Drug Administration (FDA) and the WHO consider e-cigs an unapproved new drug because of a lack studies to prove that they are safe. Since 2009, both public health agencies have called for tighter regulate of the e-cigs, and today, the FDA works to halt the importation of the products but stops at seizing those already being sold within the U.S.

Generally, electronic cigarettes look like the real thing but some are made to look like pipes or cigars, and other products are even disguised as pens or other safe and socially acceptable items.

Technically, the WHO classifies e-cigarettes as “electronic nicotine delivery systems (ENDS)” that deliver nicotine and other substances but do not contain tobacco.

WHO: e-cigarette not effective nicotine replacement. There are many reasons to worry about e-cigarettes.

For one, an analysis done by the FDA recorded nicotine doses of between 26.8 and 43.2 micrograms, although “the dose of nicotine delivered with each puff may vary substantially,” Dr. Simon said. It also detected nicotine in products labeled as nicotine free.

These doses are about a 30th of the nicotine levels in real cigarettes, which deliver from one to 2.5 milligrams of nicotine per cigarette.

The low doses of nicotine in e-cigarettes make them ineffective as nicotine replacement therapy (NRT) devices, even as they are often marketed as such, WHO said.

“Currently, the evidence is insufficient to conclude that e-cigarettes or any of the ENDS products are effective smoking cessation aid or that they deliver sufficient nicotine for them to be used in smoking cessation,” concluded the WHO’s Study Group on Tobacco Regulation (TobReg) in its third report on the scientific basis of tobacco product regulation on e-cigarettes published in 2009.

The WHO TobReg is mandated to provide the WHO Director-General with scientifically sound, evidence-based recommendations on tobacco product regulation, which are generally adopted by member states.

“E-cigarettes are not nicotine replacement therapy,” said WHO TobReg, decrying the fact that nicotine addiction is being used by makers of e-cigarettes to market their products.

No full disclosure. WHO also criticized e-cig makers for not fully disclosing the chemical combinations included both during manufacture—as well as those synthesized during electronic vaporization “to produce sensory effects that are similar to nicotine inhalation.”

Makers have not proven that the constituent chemicals—which may include organic chemicals that may be acceptable for use in foods and cosmetics—are safe for inhalation when vaporized and delivered to the lung, WHO also said.

Currently approved NRT products have contents and features that have been fully disclosed, and
their safety and efficacy have been demonstrated under conditions of labeled use, with evaluations of their nicotine delivery and absorption kinetics, TobReg said.

Because of this lack of data, “consumers currently have no way of knowing whether e-cigarettes are safe for their intended use” and “what types or concentrations of potentially harmful chemicals, or what dose of nicotine they are inhaling when they use these products,” the U.S. FDA said in a warning to consumers it issued in July 2009.

E-Cigarette side effects: toxicity? What’s worse, the FDA’s Division of Pharmaceutical Analysis analyzed the ingredients in a small sample of cartridges from two leading brands of e-cigarette samples and found that one sample was contained diethylene glycol, a toxic chemical used in antifreeze.

Several other samples were found to contain carcinogens, including nitrosamines. The division is part of the agency’s Center for Drug Evaluation and Research.

“The FDA is concerned about the safety of these products and how they are marketed to the public,” said Margaret A. Hamburg, M.D., commissioner of food and drugs, echoing concerns raised by the WHO TobReg.

Both public health agencies said that because e-cigarettes are marketed as safe, the devices could work to increase nicotine addiction among young people.

It may even act as a gateway drug for people who are not yet addicted, leading kids to try other tobacco products, including conventional cigarettes, which are known to cause disease and lead to premature death. Ninety percent of deaths from lung cancer are caused by smoking, according to the American Cancer Society.

“By simulating the cigarette experience, electronic cigarettes might reactivate the habit in ex-smokers” Dr. Simon surmised.

“Of particular concern to parents is that e-cigarettes are sold without any legal age restrictions, and are available in different flavors (chocolate, strawberry and mint) which may appeal to young people,” the FDA warned. 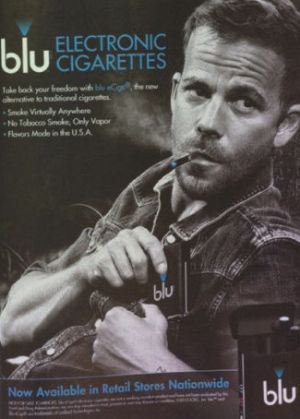 No health warnings, outside regulation. Since they first entered the market three years ago, the number of product types and brands described and marketed on the Internet and by retail stores has increased rapidly and continues to do so.

But because they are marketed online, the devices fall into a “regulatory gap” where they are not labeled properly and consumers are mislead to believe that these devices are safe, WHO and the U.S. FDA warned.

Currently, The WHO Framework Convention on Tobacco Control (WHO FCTC) and its guidelines provide the foundation for countries to implement and manage tobacco control. Smoking of regular cigarettes and other forms of tobacco use is monitored and regulated by FCTC, but e-cigarettes have fallen outside of this regulatory net, WHO noted.

WHO TobReg also said that because ecigarettes claim to be NRTs, they should be regulated as combination drugs and medical devices and can’t be marketed until the regulatory authorities determine that there is adequate evidence, including data from approved clinical trials, to support approval.

Following this warning, the FDA has examined and detained shipments of e-cigarettes at the border and found that the products examined so far did meet the definition of a combination drug devices under the Federal Food, Drug, and Cosmetic Act.

Update on E-Cigarette Side Effects (6 May 2017): In 2016, the FDA announced that it will be regulating e-cigarettes. Yay! Good for them. Good for anti-nicotine activists. And good for the public.

Here’s what the agency what to say when it comes to e-cigarette side effects. The agency is concerned that: