Ecstasy Side Effects: Long-term Serotonin Loss? Recreational use of Ecstasy, the illegal party drug that produces feelings of euphoria, emotional warmth and connectedness, may cause long-term serotonin loss and other chronic changes in the human brain, scientists say.

“Our study provides some of the strongest evidence to date that the drug causes chronic loss of serotonin in humans,” said Ronald Cowan, MD, PhD, associate professor of psychiatry who led researchers at the Vanderbilt University. Their findings are reported online in the Archives of General Psychiatry. 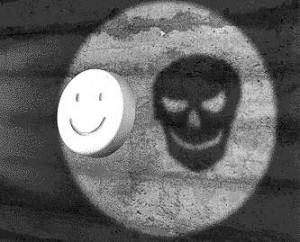 To do its vital functions, serotonin produced by one neuron is released into the synapses or gaps between nerve cells, where it sends out information to the neighboring neuron before it is absorbed back into its “parent” neuron in a process called reuptake.

MDMA—the chemical name for Ecstasy—causes a flood of both serotonin and dopamine, another important neurotransmitter, into the synapses. The drug also disrupts the serotonin neurons’ reuptake process.

“Our studies suggest that if you use Ecstasy recreationally, the more you use, the more brain changes you get.”

The findings are consistent with animal studies that showed receptor levels in animals increasing to compensate for the loss of serotonin, he said.

Dr. Cowan said it was important to know the effects of MDMA on the brain, determine the doses of Ecstasy that are toxic, and find out if there are genetic vulnerabilities to this toxicity—particularly since the drug may have therapeutic benefits.

If clinical trials show that the drug has therapeutic benefits, it’s critical to know the risks, he said.

Currently, MDMA is now being tested as a treatment for post-traumatic stress disorder and anxiety associated with cancer.

“It’s essential that we understand the risk associated with using Ecstasy,” Dr. Cowan said. “If news keeps coming out that MDMA is being tested therapeutically and is safe, more people will tend to self-administer the drug. We need to know the dose at which this drug becomes toxic.”

Many Ecstasy users
Dr. Cowan also said: “It’s really critical to know whether or not this drug is causing long-term brain damage because millions of people are using it.”

About 15.9 million people 12 years or older in the United States had used Ecstasy in their lifetime, according to the National Survey on Drug Use and Health.

Another 2.8 million Americans age 12 and older had abused MDMA at least once in the year prior to being surveyed, the same NSDU survey showed in 2009.

Ecstasy—also known on the street as XTC, X, Adam, hug, beans and love drug—is best known as a dance drug taken by clubbers or “ravers” at a club or a rave—large dance parties with throbbing electronic music and pulsating lights—but some people pop pills at home.

Soon use of the drug spread to house parties and college dorms, and many young people began to take Ecstasy to feel “entactogenesis”—or positive feelings about both themselves and the world around them.

Today, MDMA is outlawed in practically all countries across the world and stiff penalties face those who use, traffic and manufacture the drug.

Probing serotonin receptors
In the study, Dr. Cowan and his colleagues investigated the levels of serotonin-2A receptors in various brain regions in woman who had used Ecstasy—but not in the 90 days prior to imaging—and in women who had never used the drug.

They limited their studies to females because previous work has shown gender-specific differences in serotonin receptor levels.

Why Ecstasy?
Ecstasy is increasingly popular among young children because it induces feelings of warmth and connectedness—feelings that psychologists say most people need, and teenagers need even more.

When Ecstasy reaches its peak effect, inhibitions are loosened, egos are softened and people experience “empathogenesis”—a close emotional bond with others. Everyday social defenses are overcome and communicating with strangers becomes easier.

Under the effects of Ecstasy, the sense of touch is heightened, food may smell and taste different to normal, and many people say that music sounds better. Users say the drug also bring more awareness of the moment and more contentment with whatever that moment might be.

Because MDMA also enhances physical sensations, it is also used as an aphrodisiac and sexual enhancer. However, Ecstasy is also known as a date rape drug.

The peak effects of MDMA are felt 60 to 90 minutes after the pill is swallowed, and last for two to four hours, followed by a gradual comedown.

For new users, the sense of wellbeing brought by MDMA can last for days, weeks and even months after taking the drug.

For teenagers, it can be tempting to use Ecstasy to deal with enduring life problems that may seem overwhelming.

Dangerous mix
Today, a high percentage of Ecstasy pills contain other drugs and some pills marketed as Ecstasy may not even contain any MDMA.

Pills may be cut with other club drugs such as MDA, PMA, ketamine, PCP and DXM, while some pills are cut with ephedrine, pseudoephedrine and even caffeine and over-the-counter medications.

Clubbers believe that the contents of a pill can be identified based on its logo or color, but many pill makers often add food coloring to dye the tablets.

Unpleasant and fatal Ecstasy side effects
The drug has many unpleasant side effects—and even some fatal ones.

Users also experience increased blood pressure and palpitations. They may also find they have a dry mouth, blurred vision, wiggling eyes and the chills.

The lower face muscles are especially prone to this, causing jaw clenching and teeth grinding. This “gurning” effect is a standing joke among ravers, because gurners don’t realize what they are doing as MDMA also has what is known as a “paradoxical relaxation effect” that makes users unaware of what’s happening to their bodies.

Midweek blues syndrome
Many Ecstasy users feel tired or depressed in the days after taking MDMA. While many clubbers put the tiredness down to several hours of dancing, fatigue is a common after-effect of MDMA.

People who suffer post-MDMA depression generally find that it peaks three or four days after they have taken the drug. In many cases, depression becomes a long-term problem, sometimes of a severe nature.

Liver problems
Ecstasy use may also induce hepatitis and liver problems. Some people are sensitive to the drug and just one dose may be enough to kill them. Others may suffer a liver failure that requires transplants, but the transplants have not always been successful.

Overdose
Other fatalities associated with MDMA have been due to an overdose, the signs of which include vomiting, dizziness, head pains and strong muscle cramps.

MMDA-induced hyperthermia
The most common cause of MDMA-related death, however, is due to the drug inducing a rise in body temperature to the point of hyperthermia (overheating).

Clubbers are more at risk for this danger because part of the drug’s appeal is the “paradoxical relaxation effect” allows them to dance for a long time without feeling tired. But as clubbers dance for long periods, they risk pushing their body temperatures up.

Ecstasy side effects: Clubbers can also suffer strokes or bleed to death.
As the body starts to overheat, small clots form in the bloodstream, leading to a condition called disseminated intravascular coagulation (DIC).

Every day, our body and brain tissues suffer hundreds of tiny cuts as part of the damage caused by the day-to-day running of the body, but internal bleeding is stemmed by the blood’s essential coagulation agent.

Hyperthermia causes depletion in the coagulation agent. Together with the clots, this can lead to a stroke or to a patient bleeding to death in just a few hours.

Dangerous drug interactions
Taking MDMA with many drugs can lead to dangerous—or even fatal—drug interactions.
Some of the drugs that may pose a risk are anti-depressants.