EOS Lip Balm Side Effects. Is EOS Lip Balm bad for you? Apparently, it can be very very bad for some people. And these people have been reporting some EOS Lip Balm side effects to the Food and Drugs Administration (FDA). 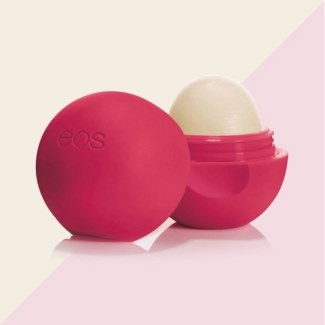 According to the agency, it has received 58 consumer reports on their adverse reaction to EOS Lip Balm from 06 August 2014 to 28 January 2016. More from the FDA:

People have reported rashes around the mouth as well as blistering and cracking of the lips. Generally, people say that when they stop using the product, the symptoms go away.

In early January this year, a woman Rachel Cronin filed a lawsuit against the manufacturers of EOS Lip Balm. TMZ has some info on the case:

A woman named Rachael Cronin has filed a class action lawsuit against the company, which sells its product in colorful, egg-shaped pods. Kim, Britney, Hilary Duff and others are brand ambassadors.

The suit claims the product has produced a panoply of bad reactions, including severe rashes, bleeding, blistering, cracking and loss of pigmentation.

Cronin claims her experience was awful … she says within hours of applying the balm, her lips felt like sandpaper, so she applied it again. She claims her lips started cracking, flaking and bleeding, creating blisters and rashes which lasted 10 days.

Rachel and EOS Lip Balm eventually settled the case. Here’s what Rachel’s lawyer says about the case and the settlement they agreed upon:

I am very pleased that we have been able to so quickly and amicably resolve the matter with EOS lip balm products. This is a testament to EOS being responsive to the concerns of their consumers. EOS has demonstrated through data that their lip balms are hypoallergenic, and has provided a mechanism for individual instances to be resolved. EOS makes great products and the company is doing the right thing by adding more information about their lip balm products on packaging so that buyers can make informed choices. We will be applying to the courts to close this case.

All’s well that ends well? Well, that remains to be seen. Have you have had adverse health reactions to EOS Lip Balm? Do tell in the comments.