Finasteride Side Effects. For almost four years now, a growing body of research has shown that finasteride — the active ingredient in a drug used to treat male pattern baldness or enlarged prostate — caused impotence, decreased libido and difficulty reaching orgasm in men who took it.

A meta-analysis of all medical literature conducted last year came to this conclusion, even pointing out that, at worst, the sexual side effects in some cases lasted even after the men stopped taking the finasteride. 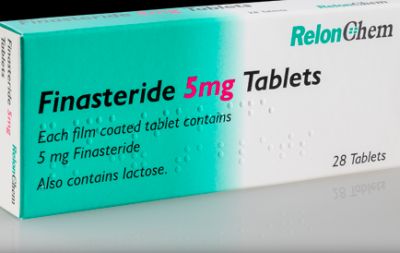 Drug regulators in Sweden, Italy and the United Kingdom have since expanded the warning labels of finasteride — marketed by Merck & Co. as Propecia when used to treat baldness and as Proscar when used to treat enlarged prostate. Since 2008, finasteride sold in those European countries carried a label that explicitly warned men of the risks they were taking if they took Merck’s popular anti-baldness drug Propecia and prostate drug Proscar — or its generic equivalents.

FDA on Finasteride Side Effects. Now the United States Food and Drug Administration is playing catch up. On April 12, it expanded the label on finasteride to include a specific warning that some men who took the drug suffered from impotence and other sexual side effects even after they stopped taking it.

In explaining the label change, FDA spokeswoman Stephanie Yao says finasteride has been known to cause adverse sexual events in a small number of patients — and that information was included on labels at the time of approval. But the latest labeling change “expands the list of sexual adverse events reported to the FDA postmarketing,” she tells the Agence France Presse.

She says the federal agency came to its decision following results of clinical trials that showed additional adverse effects that had not been included in the label at the time of approval — as well as more post-marketing reports of sexual side effects from men who used the drug.

Before advising the expanded warnings, the FDA reviewed:
• 421 reports of sexual dysfunction from 1998 to 2011 related to Propecia (finasteride 1 mg). Of these, men reported in 59 cases that the condition lasted longer than three months after they stopped using the drug.
• 131 cases of erectile dysfunction and 68 cases of decreased libido with Proscar (finasteride 5 mg) from 1992 to 2010.

Proscar was approved by the FDA in 1992 to reduce the risk of urinary retention or need for surgery in patients suffering from enlarged prostates. While being used to treat enlarged prostate symptoms, doctors observed that it was also effective in treating male baldness. After successful clinical trials, it was reformulated by Merck in a lower dose as Propecia, and in 1997, the FDA approved it to treat male pattern hair loss.