Flakka Side Effects. There’s a new recreational drug out there that’s been hogging the headlines lately because it is more dangerous than “bath salts”. It’s called Flakka.

Here’s what Jim Hall, an epidemiologist at the Center for Applied Research on Substance Use and Health Disparities at Nova Southeastern University is saying about the drug’s effects on the human body (via CBS):

We’re starting to see a rash of cases of a syndrome referred to as excited delirium. This is where the body goes into hyperthermia, generally a temperature of 105 degrees. The individual becomes psychotic, they often rip off their clothes and run out into the street violently and have an adrenaline-like strength and police are called and it takes four or five officers to restrain them. Then once they are restrained, if they don’t receive immediate medical attention they can die.

One of the kind of 21st century trends in drug supply is creating new brand names like flakka and building its popularity and then selling anything. Elsewhere in the country [flakka is] actually quite a popular drug. It’s often sold under the street name gravel because of its crystal, small, lumped-up appearance that looks like grainy pebbles or gravel in an aquarium.

What is Flakka Made Of? It is made from the chemical alpha-PVP which is a synthetic version of the stimulant cathinone which, if you remember an earlier post we wrote years back, is also used to make “bath salts”. Non-synthetic cathinones come from the Khat plant which is native to the Middle East and the Horn of Africa. 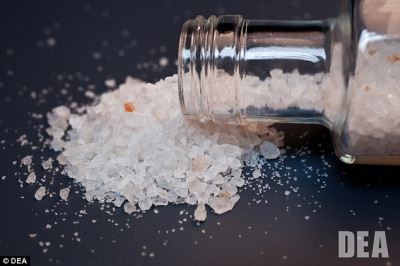 Flakka Side Effects. The health effects of Flakka include cardiac symptoms (such as racing heart, high blood pressure, and chest pains) and psychiatric symptoms including paranoia, hallucinations, and panic attacks.

Users may also suffer from a syndrome known as “excited delirium” which may lead to dehydration, breakdown of skeletal muscle tissue, and kidney failure.

Here’s a more detailed list of the drug’s side effects:

Is Flakka Deadly? Yes it can be fatal. Users of synthetic cathinone have succumbed to the substance in the past. In the words of a study by Kaizaki A, et. al, which was published on pubmed.gov, “[p]eople who have taken drugs containing α-PVP or other synthetic cathinone reportedly lose consciousness, develop difficulty breathing, and at worst case, die.”

Is Flakka Addictive? Yes it is! Synthetic cathinones have a high addiction potential. Use of Flakka may trigger an intense and compulsive craving for the drug in increasing dosages which can lead to drug tolerance and dependency.