Gleevec Side Effects. Gleevec, the drug commonly used to treat tumors of the stomach and digestive system, has been approved by United States regulators for expanded use in patients with a rare gastrointestinal cancer — and trials used to gain approval showed that the drug significantly prolonged the lives of patients. 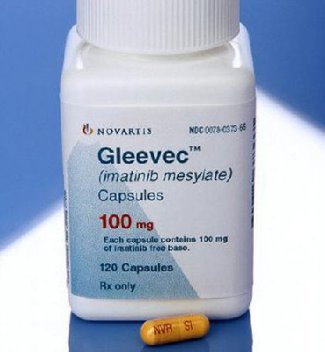 In a news release, the FDA also highlighted the fact that overall patient survival increased when the Gleevec was taken for 36 months, rather than the standard 12-month-treatment.

“Although originally approved in the metastatic disease setting, this subsequent trial has demonstrated that longer use of Gleevec can prolong patient’s lives in earlier disease settings,” says Dr. Richard Pazdur, Office of Hematology and Oncology Products director in the FDA’s Center for Drug Evaluation and Research.

“The development of Gleevec over the past decade highlights the need to further study drugs after approval to truly characterize their benefits,” he adds.

Prolonged survival, time without cancer recurrence. To gain approval, the drug maker conducted a large randomized clinical study comparing the effectiveness of a 12-month treatment with Gleevec to a 36-month treatment.

Findings showed that 36 months of Gleevec significantly prolonged overall survival—as well as the time a patient lived without the disease recurring, compared to those who received the 12-month Gleevec treatment.

Serious Gleevec side effects
DO call your doctor at once if you have any of these serious Gleevec side effects:
• fever, chills, body aches, flu symptoms
• easy bruising, unusual bleeding (nose, mouth, vagina, or rectum), purple or red pinpoint spots under your skin
• swelling, rapid weight gain, feeling short of breath (even with mild exertion)
• black, bloody, or tarry stools
• nausea, upper stomach pain, itching, loss of appetite, dark urine, clay-colored stools, jaundice (yellowing of the skin or eyes)
• coughing up blood or vomit that looks like coffee grounds
• lower back pain, blood in your urine
• urinating less than usual or not at all
• numbness or tingly feeling around your mouth
• muscle weakness, tightness, or contraction, overactive reflexes
• fast or slow heart rate, weak pulse, feeling short of breath, confusion, fainting
• severe skin reaction—fever, sore throat, swelling in your face or tongue, burning in your eyes, skin pain, followed by a red or purple skin rash that spreads (especially in the face or upper body) and causes blistering and peeling

Update: Does Gleevec cause hair loss? Is it one of the drug’s side effects? Currently, hair loss is not among those listed by the company as a side effect of the drug. But this does not mean that there is no connection. In fact, if you believe that your Gleevec usage is related to your loss of hair, we encourage you to report the matter to the FDA number above.

More on Gleevec Side Effects and Dos and Don’ts after the jump.