Intermezzo Side Effects. Starved for sleep? Are you struggling with insomnia? At one time or another, most of us have had trouble falling asleep. We know how it is to lie awake in the middle of the night and feel sleepy and fatigued during the day. Insomnia, the condition in which we have trouble falling or staying asleep, is common.

But insomnia can cause more than just daytime sleepiness. Insomnia can be mild, but it can also be severe, having devastating impacts on your life: It also can make you feel anxious, depressed or irritable. Insomnia can make you have trouble focusing on tasks, paying attention, learning and remembering.

If you’re experiencing sleeping problems, try to learn about the signs and symptoms of common sleep disorders. Find out what you can do to help yourself and most importantly, when you should go see a doctor.

For those who suffer from insomnia characterized by middle-of-the-night waking followed by difficulty returning to sleep, here’s good news: For the first time, the U.S. Food and Drug Administration has approved a drug for this condition.

On Nov. 23, the FDA approved Intermezzo (zolpidem tartrate sublingual tablets) for use in middle-of-the-night waking followed by difficulty returning to sleep. Intermezzo is a lower dose formulation of Zolpidem tartrate, first approved in the United States in 1992 as the drug Ambien. Intermezzo is made by Transcept Pharmaceuticals Inc. of Port Richmond, Calif.

“For people whose insomnia causes them to wake in middle of the night with difficulty returning to sleep, this new medication offers a safer choice than taking a higher dose of zolpidem upon waking,” said Robert Temple, M.D., deputy center director for clinical science in the FDA’s Center for Drug Evaluation and Research. “With this lower dose there is less risk of a person having too much drug in the body upon waking, which can cause dangerous drowsiness and impair driving.”

The recommended and maximum dose of Intermezzo is 1.75 milligrams for women and 3.5 mg for men, taken once per night. The recommended dose for women is lower because women clear zolpidem from the body at a lower rate than men.

In two clinical trials involving more than 370 patients, Intermezzo has been proven effective. In these studies, patients taking the drug were able to fall back to sleep in a shorter time after waking compared to people who were given a placebo.

But like other sleep medicines, Intermezzo may cause side effect—and some of them can be serious. It is a is a federally controlled substance because it can be abused or lead to dependence. This means you can only purchase it if your doctor gives you a prescription

Intermezzo Side Effects. The most commonly reported adverse reactions in the clinical trials were headache, nausea and fatigue.

Serious Intermezzo side effects include getting out of bed while not fully awake and doing an activity that you do not know you are doing or do not remember having done. Some of the activities reported to have been done while under the influence of sleep medicines include driving a car, making and eating food, having sex, talking on the phone and sleep walking. 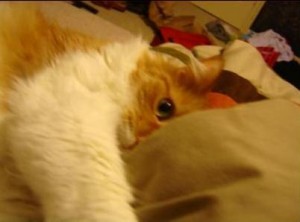 This is why you should only take Intermezzo when you have at least four hours of bedtime remaining. Never take it with alcohol or together with any other sleep aid.

The FDA, an agency within the U.S. Department of Health and Human Services, protects the public health by assuring the safety, effectiveness, and security of human and veterinary drugs, vaccines and other biological products for human use, and medical devices. The agency also is responsible for the safety and security of our nation’s food supply, cosmetics, dietary supplements, products that give off electronic radiation, and for regulating tobacco products.

People with a history of sleepwalking, either in the family or personal, people who drink alcohol with Sublinox or take certain drugs at the same time as Sublinox, or people who take Sublinox at higher doses than those recommended may be more at risk of complex sleep behaviours. Some people have had complex sleep behaviours even when they took the recommended dose of Sublinox.

The company released the above statement in conjunction with Health Canada.