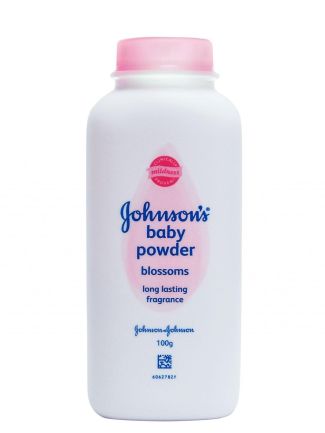 If the verdict stands — J&J says it will appeal the decision — Gloria would be on her way to becoming a millionaire. More about the case from The Guardian:

Ristesund said she used J&J’s talc-based powder products – which include the well-known Baby Powder and Shower to Shower Powder – on her genitals for decades. Her lawyers told how she was diagnosed with ovarian cancer and had to undergo a hysterectomy and related surgeries.
…
Plaintiffs in talc litigation, which is concentrated in Missouri and New Jersey state courts, have accused J&J of failing for years to warn that talc was linked to an increased risk for ovarian cancer. J&J has said that it acted properly in developing and marketing the products.

Apparently, this is the second case filed against Johnson & Johnson which alleges that its product causes cancer and which it lost. In February this year, a Missouri jury awarded $72m to the family of Jackie Fox who died of ovarian cancer in October 2015 after using Johnson & Johnson talcum powder “for decades”.

What convinced the jury to award such a big amount? It could be a Johnson & Johnson internal memo which discussed the link between talcum powder use and cancer. More from the New York Daily News:

At trial, Fox’s attorneys introduced a 1997 internal memo from a Johnson & Johnson medical consultant suggesting that “anybody who denies (the) risks” between “hygenic” talc use and ovarian cancer will be publicly perceived in the same light as those who denied a link between smoking cigarettes and cancer: “Denying the obvious in the face of all evidence to the contrary.”

Speaking after the trial, one of the jurors who voted against Johnson & Johnson and for plaintiff Jackie Fox had this to say about the impact of the company’s internal memos:

The company’s internal memos “pretty much sealed my opinion,” Kendrick said. “They tried to cover up and influence the boards that regulate cosmetics.” Kendrick added, “They could have at least put a warning label on the box but they didn’t. They did nothing.”

Now, what do credible researchers say about cancer being one of possible Johnson Baby Powder Side Effects?

Well, the International Agency for Research on Cancer or (IARC), which is part of the part of the World Health Organization (WHO), has this to say about the matter:

For perineal use of talc-based body powder, many case–control studies of ovarian cancer found a modest, but unusually consistent, excess in risk, although the impact of bias and potential confounding could not be ruled out. In addition, the evidence regarding exposure–response was inconsistent and the one cohort study did not provide support for an association between talc use and ovarian cancer.

Concern was also expressed that exposure was defined in a variety of ways and that some substances called talc may have contained quartz and other potentially carcinogenic materials. A small number of Working Group members considered the evidence to be inadequate. Despite these reservations, the Working Group concluded that the epidemiological studies taken together provide limited evidence of an association between perineal use of talc-based body powder and an increased risk for ovarian cancer.

For those of you wondering, “perineal” also means genital.