Kratom Side Effects. Ever tried kratom? It is described by the Centers for Disease Control (CDC) as an “emerging public health threat”. On the other hand, kratom users (or shall we call them kratom enthusiasts?) are defending the plant for its medicinal properties. Among others, it can apparently relieve pain, help heal wounds, and treat cough and diarrhea. Moreover, Kratom has been traditionally used in Southeast Asia to “increase energy, appetite, and sexual desire”. 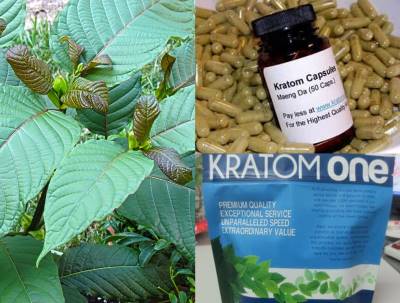 Since this site is all about Health Side Effects we are not wading into the pros and cons of krakom; instead, we will be focusing on its side effects. Specifically, let us check out what health authorities are saying about krakom side effects. [Related: Flakka Side Effects.]

First, here’s what drugabuse.gov says about possible Kratom side effects:

If a kratom enthusiast decides to no longer use the plant, the following symptoms may appear according to drugabuse.gov:

The U.S. Food and Drug Administration, not unexpectedly, also expressed concern about kratom side effects. In fact, it recently issued the following warning to consumers:

The FDA is warning consumers not to use any products labeled as containing the botanical substance kratom. Mitragyna speciosa, commonly known as kratom, grows naturally in Thailand, Malaysia, Indonesia and Papua New Guinea. Serious concerns exist regarding the toxicity of kratom in multiple organ systems. Consumption of kratom can lead to a number of health impacts including, respiratory depression, vomiting, nervousness, weight loss and constipation. Kratom has been indicated to have both narcotic and stimulant-like effects and withdrawal symptoms may include hostility, aggression, excessive tearing, aching of muscles and bones and jerky limb movements.

Can you die from using kratom? In its Notes From The Field, the CDC mentions one death associated with kratom use but it also mentions that the person who died was also exposed to paroxetine (an antidepressant) and lamotrigine (an anticonvulsant and mood stabilizer). In other words, you cannot categorically say — at least in this instance — that kratom exposure alone led to the death of the user.

The CDC Notes also mentions that the agency has received increasing number of calls on kratom exposure — from only 26 in 2010 to 263 in 2015. The following are the reported adverse health effects of kratom use as reported in said CDC calls: tachycardia (or abnormally rapid heart rate), agitation or irritability, drowsiness, nausea, and hypertension.

In conclusion, the CDC has this to say about kratom side effects: “Members of the public and health care providers should be aware that the use of kratom can lead to severe adverse effects, especially when consumed in combination with alcohol or other drugs.”