Lexapro Side Effects: Nausea, Insomnia, Fatigue. People who suffer from depression and those with generalized anxiety disorder (GAD) who are looking for a drug to get themselves in better shape, might be happy to know that the U.S. Food and Drug Administration has approved a generic version of the brand drug Lexapro.

So how does Lexapro (generic name: Escitalopram) work to make us feel better and emerge from the valley of depression? According to the drug maker’s website, it works by increasing the supply of serotonin to the brain thus restoring it’s chemical balance.

As with other drugs, Escitalopram – which also goes by other brand names such as Anxiset-E (India), Cipralex, Seroplex, Lexamil, Lexam, Entact, Losita(Bangladesh) – has several side effects that we should be aware of.

Lexapro Side Effects. The FDA lists the following as the most commonly observed Lexapro side effects or adverse reactions to the drug: sleeplessness (insomnia), ejaculation disorder, nausea, increase in sweating, fatigue and drowsiness, and low sex drive (decreased libido). 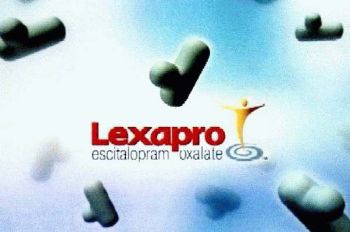 There may be other Lexapro side effects not listed above in which case the right thing to do is to tell your doctor about them promptly.

By the way, the legal eagles among us as well as those who are concerned about the “truthiness” of Lexapro makers might be interested to know that Forest Laboratories (the pharma behind the drug) was sued in 2009 by the state of Massachusetts and eleven other states as well as the District of Columbia for its illegal marketing to the drug to children. At the time, the drug was only approved for adults.

Meanwhile, just a month ago, Forest Lab was also sued by three women from Winconsin who are accusing the company of lying about the possible Lexapro side effects to pregnant women and their unborn kids. The trio allege that, because of the drug, their children were born with birth defects such as club foot and spina bifida.

From the Madison Record: “Kimberlee Fisher, Kristy Hernandez and Leah Scott claim they did not know of the drug’s harmful effects until after their daughters were born. They would not have been aware of the risks because Forest negligently failed to fully disclose the results of tests it had conducted and failed to warn the medical community that the drug would cross the placenta into the unborn fetus, according to the complaints.

Apparently, there is no definitive finding yet on whether selective serotonin reuptake inhibitors (SSRI) like Lexapro or escitalopram is safe for pregnant women. Here’s the latest advisory, issued December last year, from the FDA on the matter:

The U.S. Food and Drug Administration (FDA) is updating the public on the use of selective serotonin reuptake inhibitor (SSRI) antidepressants by women during pregnancy and the potential risk of a rare heart and lung condition known as persistent pulmonary hypertension of the newborn (PPHN). The initial Public Health Advisory in July 20061 on this potential risk was based on a single published study. Since then, there have been conflicting findings from new studies evaluating this potential risk, making it unclear whether use of SSRIs during pregnancy can cause PPHN.

At this time, FDA advises health care professionals not to alter their current clinical practice of treating depression during pregnancy. Healthcare professionals should report any adverse events involving SSRIs to the FDA MedWatch Program2.

FDA has reviewed the additional new study results and has concluded that, given the conflicting results from different studies, it is premature to reach any conclusion about a possible link between SSRI use in pregnancy and PPHN. FDA will update the SSRI drug labels to reflect the new data and the conflicting results.

PPHN occurs when a newborn baby does not adapt to breathing outside the womb. Newborns with PPHN may require intensive care support including a mechanical ventilator to increase their oxygen level. If severe, PPHN can result in multiple organ damage, including brain damage, and even death

So, given the inconclusiveness of the safety of Lexapro or its generic version, what’s a pregnant woman to do to combat depression or generalized anxiety disorder? The best thing she could do is to consult her doctor about the matter.