M1 Alpha Side Effects, Ingredients, Good or Bad, FDA Review. What are the side effects of M1 Alpha? The main ingredient of M1 Alpha is Methyl-1-Etiocholenolol-Epietiocholanollone which is a synthetic steroids. Synthetic or anabolic steroids such as M1 Alpha have the following side effects according to the UK National Health Service:

PHYSICAL EFFECTS:
Effects of anabolic steroids in men can include:

In women, anabolic steroids can cause:

In addition, both men and women who take anabolic steroids can develop any of the following medical conditions: 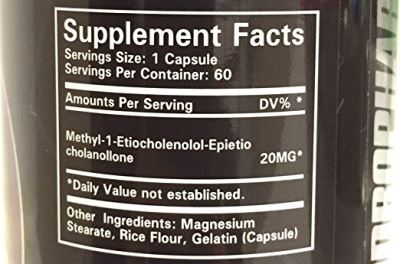 Stunted growth in adolescents: Anabolic steroids accelerate bone growth, so if they’re misused by adolescents who haven’t yet had the growth spurt associated with puberty, the drugs can cause premature ageing of the bones and restricted growth.

For its part, U.S. National Institute on Drug Abuse (NIDA) lists pretty much the same side effects of anabolic steroids like M1 Alpha:

Short-Term Effects. Abuse of anabolic steroids may lead to mental problems, such as:

Extreme mood swings can also occur, including “roid rage”—angry feelings and behavior that may lead to violence.

Long-Term Effects. Anabolic steroid abuse may lead to serious, even permanent, health problems such as:

Several other effects are gender- and age-specific:

Some of these physical changes, such as shrinking sex organs in men, can add to mental side effects such as mood disorders.

Two weeks ago, the U.S. Food and Drug Administration (FDA) issued a warning letter to Andropharm LLC stating, among others, that Andropharm is violating the law for misrepresenting M1 Alpha as a dietary supplement when, in fact, it is a synthetic steroid rather than a dietary supplement. It also echoed the M1 Alpha side effects stated above. 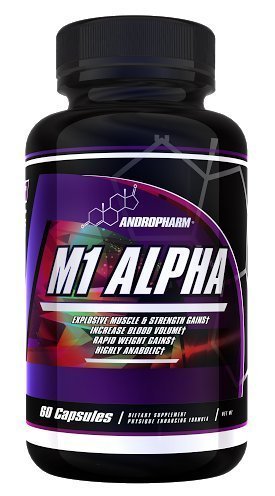 Because M1 Alpha is a synthetic steroid, the FDA states that it is a prescription drug that can only be used “can only be used safely at the direction, and under the supervision, of a licensed practitioner”.