Mephedrone side effects. Mephedrone use can make you impotent according to a British scientist. Since it first hit the streets of London and other British cities in 2009, mephedrone has claimed the lives of around 50 people and has sent hundreds more to hospital emergency rooms.

And criminalization of this designer drug in 2010 — only recently part of a wave of imported and dangerous synthetic drugs known as “legal highs” because they could be procured easily and legally — have only made it more popular among clubbers, The Guardian reports.

Today, ‘miaow-mioaw’ is the drug of choice of four out of 10 clubbers, according to a recent survey done by health authorities in the United Kingdom.

But clubbers who regularly use ‘miaow-mioaw’ may become impotent, a leading scientist warned way back in April 2010.

Dr. John Mann, emeritus professor of chemistry at Queen’s University in Belfast said impotence — as well as the other dangers of this legal high — could have been predicted as early as 2008, because it is similar to other drugs. Because mephedrone was similar to other drugs, its dangers could have been predicted early on, said Dr. Mann, a fellow of the UK’s Royal Society of Chemistry.

“Could the dangers of this drug have been predicted? Of course they could,” Professor Mann said, speaking before the Royal Society of Chemistry in 2010. “I think that the UK could have responded earlier because mephedrone is a very close structural analog of cathinone — the major psychoactive ingredient of khat, and habitual users of khat, a drug popular in the Somali community, are known to suffer from impotence,” he added.

Men in Yemen and Somalia are known to chew khat in the late afternoons, become euphoriant and then quickly crash and become lethargic. Many of them developed impotence, Dr. Mann said.

Professor Mann also criticized the Advisory Council for the Misuse of Drugs (ACMD) as fundamentally flawed because it’s bogged down by current legislation that allows it to consider only one designer drug at a time. “Yet the designer drugs market is being supplied with dozens of new substances each year, many of them, like mephedrone, being produced by chemists in China and elsewhere.

The professor, who has written several books on street drugs, also called on the ACMD to follow the method employed by United States drug enforcers who, under the Federal Analog Act, ban substances that are ‘subtantially similar’ to highly controlled substances . He also recommended outlawing mephedrone.

“Although this section of the all encompassing US Controlled Substances Act has had a number of legal interpretations, it’s now routinely used to include any analog that has stimulant, depressant or hallucinogenic actions in the central nervous system. Unsurprisingly, mephedrone hasn’t yet been much used in the US.”

“Any so-called designer drug or legal high that resembles a known psychoactive substance, such as amphetamines, should be placed in their drug class (B in this case) until it can be established that they have no dangerous activities, Dr. Mann explained. “This is the opposite view to the ACMD where new substances are presumed to be ‘safe’ or at least not dangerous until proven otherwise.” 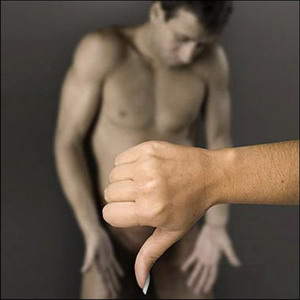 Two weeks after Dr. Mann gave his talk, a ban on the synthetic stimulant came into force across the UK. Today, the drug and its related compounds are classified as Class B substances after measures were rushed through that country’s parliament. Mephedrone had already been banned in Denmark, Finland, Norway, Sweden, and Israel months earlier.

What is ‘miaow-mioaw’?
Before it was banned, mephedrone was just one of the drugs in an alarming wave of “legal highs” being imported from backstreet labs in China and sold in European streets. Sold as plant food, it can still be bought on the Internet for £4.

Similar to other stimulants — like cocaine, amphetamine and MDMA or ecstasy– it’s an amphetamine and cathinone class drug that generates a feeling of heightened alertness and euphoria when taken.

Way back in 2009, mephedrone became the fourth most popular street drug in the UK, after marijuana, cocaine and ecstasy. Because it was cheap and easy to acquire, some users describe this once “legal high” as “the savior of clubland.”

‘Miaow-mioaw’ comes in the form of a fine white powder, crystals or capsules. Usually, it’s snorted through the nose or taken orally, but it’s sometimes injected into the veins or inserted into the rectum — methods associated with a higher risk of side effects. Stories from club-goers suggest that some heroin users are now choosing to inject mephedrone.

The nasty mephedrone side effects include anxiety, paranoia — and a risk of seizures. People who take the drug have increased blood pressure and an unnaturally fast heart rate. It’s also been said to cause nose bleeds, vomiting, hallucinations and blood circulation problems.

Recently, the drug has been linked to the deaths of four Britons, among them Louis Wainwright and Nicholas Smith, both 19, who died on March 12 after taking the drug with friends the night before and a 49-year-old woman.
The BBC reported that more than two students a day skipped classes after taking mephedrone at a secondary school in northwest Leicestershire — a total of 180 students since December.

British drugs experts says the drug is manufactured in China and posted to the UK in kilo packages. According to The Guardian, customs may not be able to keep track of soaring imports because the trade in this illicit drug is lucrative, with at least one dealer reportedly running a £500,000-a-week operation.

But still, very little is known about the long-term mephedrone side effects — and its dangers may be far worse than known drugs.

Unlike amphetamines and ecstasy and other recreational drugs, mephedrone wasn’t first developed as a medicine. As such, it has had no human testing. Developed in backstreet sweat-shop labs, scientists haven’t yet studied its medium-term and long-term effects.

“Whatever the basic pharmacology of the main component, this compound is likely to be contaminated with side-products of the synthesis and agents added to the drug to ‘cut’ it,” warns Dr. Mann. “The consumer will never know what these contaminants are.”

What are the common mephedrone side effects?