The deaths of two people on the weekend before Valentine’s Day in Leicestershire, a medium-sized United Kingdom county, have alerted British police to the growing menace of a new legal substitute for the street drug ketamine.

The deaths also highlight a growing modern peril: the rising availability of legal substitutes for street drugs that are highly popular, easy to acquire, but just as deadly. It’s a peril that doctors and law enforcers say is spreading throughout the United Kingdom and northern Europe — and authorities in the United States have pricked-up their ears.

Leicestershire police investigating the two deaths say one such legal substitute called methoxetamine may have killed the 59-year-old woman and a 32-year-old man in Leicester and Melton Mowbray two weeks ago. 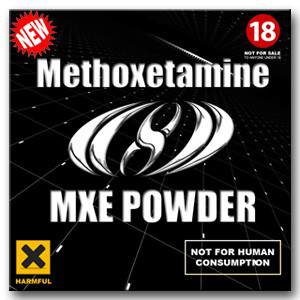 Detective Inspector Rob Widdowson of Leicestershire Police told the Daily Mail that their investigations point toward the designer drug substitute.

“One of our lines of inquiry is that prior to their deaths both people may have taken a form of the drug ketamine, known medically as methoxetamine, which may have been purchased over the Internet.” It’s believed to be the first time the new legal high has been linked to fatalities in Britain.

First, it was mephedrone, which mimicked ecstasy and cocaine. “Now, ketamine now has its legal doppelganger — in the form of methoxetamine,” write the authors of a Druglink Street Drug Trends 2011 report.

Mexxy, just as lethal as ketamine
Known as MXE or mexxy, the new drug is described to have the same effect as ketamine — but without the side effects.

Ketamine, the drug mexxy aims to mimic, is used as a general anesthetic in human and veterinary medicine. As a street drug, its popularity soared in the late 1990s, together with the use of LSD and ecstasy, as part of the rising rave music and club culture then.

It’s billed this way — as a safe alternative to ketamine — which is why it’s seen a surge in popularity in Britain and across northern Europe in recent months. Legal and easy to purchase online and it’s also been claimed that MXE doesn’t cause severe bladder cramps.

Because it’s a new drug, it’s not been profiled pharmacologically. But so far, what’s known is that it’s a derivative of ketamine and also contains structural features of eticyclidine and 3-MeO-PCP. It behaves as a NMDA receptor antagonist and dopamine reuptake inhibitor, according to a study published in the journal Clinical Toxicology last year.

A chemist has also been cited by Vice Magazine cited a chemist as saying the new drug is a product of rational drug design: “its N-ethyl group was chosen to increase potency.”

Methoxetamine Side Effects
But there’s no evidence that the safety claims are true.

Like mephedrone was before it was banned and many other drug substitutes, it’s sold online as plant feeder or bath salt, and clearly labeled “not fit for human consumption.”

Since it first made its appearance in 2010, MXE use has been responsible several hospital emergency room visits in the UK and Europe. Doctors even say it can that it can cause mental health problems.

Indeed, Mexxy’s so similar in chemical structure to ketamine that it’s likely that it also carries the same risks as the drug it’s designed to mimic — like the bladder damage and mental health issues associated with ketamine.

“There’s no evidence to suggest that it doesn’t carry the same risks, or that it’s bladder-friendly,” says Fiona Measham, a researcher for the Independent Scientific Committee on Drugs.

Legal
Ketamine is an illegal Class C drug in the UK, but anyone taking mexxy isn’t at risk of prosecution.

First identified in November 2010 by the European Monitoring Centre for Drugs and Drug Addiction, which monitors the internet for new psychoactive substances within the European Union, by July 2011, 58 websites were identified selling the compound.

Today, a quick Google search brings up about 1.8 million results, with the first being sites selling the drug.

On the sites where it’s sold, it’s not made clear what the drug is manufactured for, but we found that many sites on one site that sell the drug purportedly as part of an array of supposed “research chemicals”
See https://www.buyresearchchemicals.co.uk/buy-methoxetamine.html, for example.

On another site, http://www.methoxetamine.co.uk/, it’s categorically stated that “No license is required in the UK to buy, sell or utilize this chemical for its intended purpose as a laboratory reagent and GC/MS reference sample. It’s categorically not approved for any form of in-vivo research or use.

Strangely, unlike honest-to-goodness research chemicals that are usually sold wholesale in bulk quantities, methoxatamine is sold by this company on its site in retail quantities of 250mg, 500mg, 1g, 2g, 3g and 4g. On average, the price is about £17 per gram.

Legal substitutes
Methoxetamine is just the latest legal high to appear on Britain’s streets, The Daily Mail reports, adding that the number of legal highs on sale hit 40 last year, up from just 13 in 2008.

“The new kid on the block seems to be methoxetamine,” ISCD researcher Measham tells the Independent.

This draws attention to the fact that the line between what’s an illegal recreational drugs and what’s a legal product has become blurred in recent years, with the growing number of legal substitutes flooding the market.

Many of the legal substitutes are just as lethal — causing liver damage, psychosis and even death — but health authorities and drug enforcers alike haven’t studied them, so people are free to take them without fear of being prosecuted.

Many of these legal substitutes have caused deaths — not only in the UK and Europe but in the United States.

It’s been banned recently by Chicago, but elsewhere, it can be bought easily and by anyone — without an age limit — in gas stations and convenience stores as potpourri or incense.

Another “legal high” are synthetic cathinones or “bath salts” that have been available as a street drug since 2009. When snorted, smoked or chewed on, these cause deep paranoia and recurrent delusions. And when injected, they expose users to infection with a deadly flesh-eating bacterial infection that can lead to amputation or even death, according to doctors from the Louisiana State University Health Sciences Center in New Orleans who published a paper recently describing one such case. [See: Bath Salt Is Dangerous to Your Health]

In the first 10 months of 2011, U.S. poison control centers handled 5,741 calls about the synthetic drugs, nearly double the 2,915 calls received in all of 2010, according to the American Association of Poison Control Centers.

Many of these legal substitutes are concocted by corrupt pharmacists working in China and India, and thus contain dangerous substances.

The legal high Mephedrone — called meow meow on the street — was banned in 2010 only after it was linked to up to 100 deaths. Cove is another popular ‘legal high’ that has yet to be banned.

Because these street drugs are legal, they’re priced higher than their illegal equivalents that could lead users into the slammer.

A small packet of Blast Off — a herbal marijuana substitute — for instance, costs £30, more than four times the price of the same amount of marijuana.

But where legal substitutes are concerned, the unscrupulous dealers are the only winners. Everyone else — the users themselves, the teenagers who are at risk, and societies that have to pay for the costs in tax money and in terms of healthcare and lost productivity – these all lose out.