With rates of deaths from overdose skyrocketing to epidemic proportions in the United States, the FDA is set to meet next month to answer these questions and to assess if the drug, which reverses opioid overdose, should be allowed over-the-counter.

The FDA is set to tackle this as part of a comprehensive set of solutions to the newest public health epidemic troubling the U.S.: overdose with prescription drugs.

Deaths from drug overdose — involving both legal and illegal drugs — have tripled since 1990. In 2008, they even surpassed deaths from car crashes to become, for the first time, the leading cause of accidental deaths in U.S.

In two-thirds of the fatal drug overdoses, the victim had taken a prescription painkiller– the class of drugs that includes hydrocodone, methadone, oxycodone and oxymorphone.

On average, about 15,000 people each year die from overdoses of these prescription painkiller. That’s more than those who die from heroin and cocaine combined, U.S. health officials say.

Thanks to improved emergency room procedures for drug overdose in the U.S., the number of fatal overdoses is just a fraction of the total number of people whose lives have been threatened by prescription drugs: In 2009, for instance, nearly half a million hospital emergency visits were due to people misusing or abusing prescription painkillers.

Again, this is just about a fourth of almost two million Americans who are at risk for overdose because they’re addicted to prescription painkillers. This form of addiction has soared since the early 1990s, and continues to rise, dwarfing cocaine and heroin addiction. 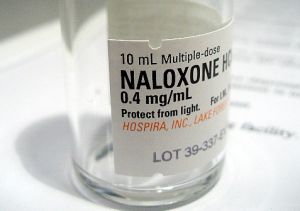 These are some of the figures that have prompted the Centers for Disease Control and Prevention to declare prescription drug overdose a growing public health epidemic. The CDC was also driven to call for states to set up widespread and effective treatment and prevention programs.

“These drugs are widely misused and abused. One in 20 people in the U.S., ages 12 and older, used prescription painkillers non-medically — without a prescription or just for the ‘high’ they cause — in 2010,” the CDC said in a new report released on Feb. 17.