Can Nexplanon fail? What will cause Nexplanon to fail?
Nexplanon failure occurs when the implant is improperly inserted which may then lead to unintended pregnancy. Here’s a video which demonstrates how a contraceptive implant is inserted correctly. [We know the video is for Implanon but the insertion technique is the same for Nexplanon.]

Now, even if it is placed correctly, there is still the possibility of a woman getting pregnant but this is very very low (less than 1 pregnancy per 100 women who use NEXPLANON for 1 year). See how it compares with other contraceptive methods in the image below (please click to expand). 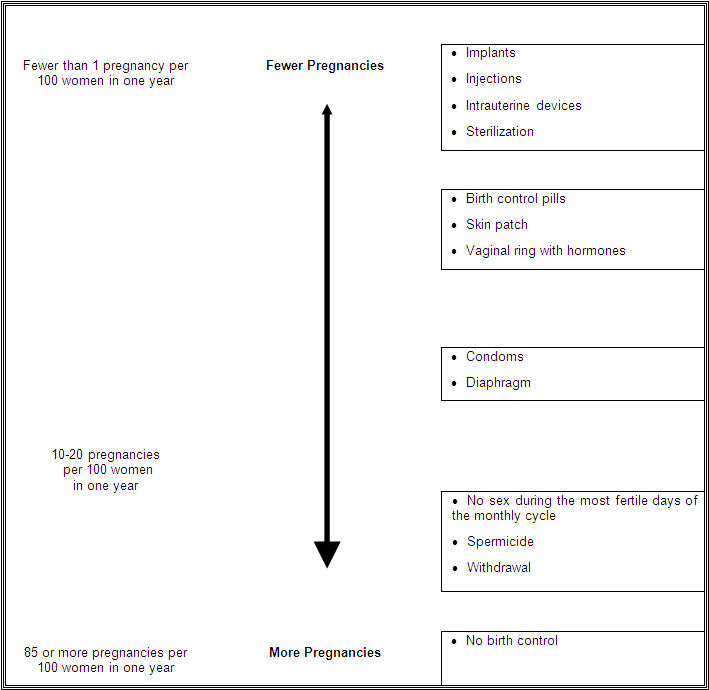 So, as you can see, the Nexplanon failure rate is much much lower than other methods such as birth control pills, condoms, spermicide, and others.

It is worth noting that the Nexplanon failure rate may be higher among overweight women. Here’s what the manufacturer (Merck) says about the matter:

The effectiveness of the etonogestrel implant in women who weighed more than 130% of their ideal body weight has not been defined because such women were not studied in clinical trials. Serum concentrations of etonogestrel are inversely related to body weight and decrease with time after implant insertion. It is therefore possible that NEXPLANON may be less effective in overweight women, especially in the presence of other factors that decrease serum etonogestrel concentrations such as concomitant use of hepatic enzyme inducers.

By the way, should a woman get pregnant while using Nexplanon, the probability that her pregnancy is ectopic is higher than those not using birth control. 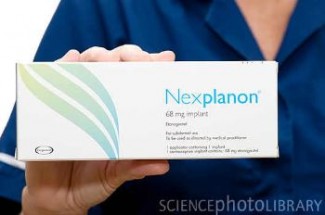 So you should call your healthcare provider if you suspect you are pregnant or if you suffer from unexplained lower stomach/abdominal pain.

Will Sibutramine affect Nexplanon?
We suspect that there has been no study on the effect of sibutramine on Nexplanon. Nothing’s mentioned in the manufacturer’s prescription information or in the Food and Drug Administration’s guideline. However, as a general rule, you should tell your healthcare provider about anything you are taking in before you use Nexplanon and while you are using it.

Also we should underscore that sibutramine, an appetite suppressant found in weight loss supplements/herbal drugs such as Slim Extreme Herbal Slimming Capsule, has actually been withdrawn in the United States and other countries because it increases the risk of heart attack and stroke. [Our advice: Throw out your sibutramine capsules and find a natural way of losing weight.]

Can I take Yasmin after Nexplanon? Those who prefer to remove their Nexplanon implant and who do not want to get pregnant should immediately start using other methods of birth control like Yasmin since, according to Merck’s prescribing guideline, “pregnancies were observed to occur as early as 7 to 14 days after removal.”