Plan B Side Effects. Emergency contraceptive pills (ECPs), also known as “morning after pills” or “day after pills”, are safe for just about all women, health experts in the United States say.

These emergency pills, used to prevent pregnancy after unprotected sex, have no long-term or serious side effects, the Association of Reproductive Health Professionals (ARHP) and the Office of Population Research (OPR) at the Princeton University said in a recent post in the independent website http://ec.princeton.edu/index.html. 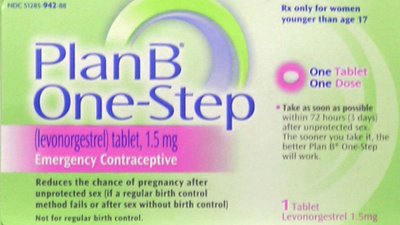 Information on the site, run by both ARHP and Princeton’s OPR, is peer reviewed by a panel of independent experts and produced without the influence of the pharmaceutical industry or any profit organization.

The pills have never been linked to deaths or serious complications, the U.S. Medical Eligibility Criteria for Contraceptive Use also said after a recent review. The U.S. MEC is a group created by the U.S. Centers for Disease and Control Protection (CDC) following guidance from the World Health Organization.

“There is absolutely no situation in which the risks of using combined or progestin‐only ECPs outweigh their benefits,” the U.S. MEC said. The group has yet to review ECPs with ulipristal acetate as the active ingredient.

The U.S. MEC specifically noted that women who have suffered previous ectopic pregnancies, migraines and liver disease—and even cardiovascular diseases—can safely use emergency pills. The pills are also safe for breastfeeding women.

Combination ECPs are made from the same hormones used in regular birth control pills that are have been proven to put women at a higher risk for blood clots. But the emergency pills are safe because they are used for “a very short duration” and “have low total hormone content,” the U.S. MEC said.

Contrary to a widespread myth that morning-after pills contain high doses of hormones and are dangerous, the ECPs made of either progestogen or ulipristal acetate are very safe to use, ARHP and Princeton’s OPR said.

More Plan B Side Effects after the jump.

Effective up to five days after sex
Mistakenly dubbed “day after pills” the drugs actually work when taken either immediately after unprotected sexual intercourse or up to five days (120 hours) after.

Plan B One-Step, Plan B, Next Choice and ella are the four brands of emergency pills increasingly being used in the U.S., Europe and throughout the world.

They are widely used in rape crisis centers and by women who think their regular birth control method failed, who didn’t use contraception during sex, or who were forced to have sex, may use these pills to prevent an unwanted pregnancy.

There are three kinds of emergency pills:

All three are available in the U.S.

Progestin‐only ECPs, which contain either levonorgestrel or norgestrel, are now more popular than combined ECPs because they are more effective and cause fewer side effects. Combined ECPs contain the hormones estrogen (usually ethinyl estradiol) and progestin.

But these pills are not as effective as condoms or regular birth control that’s used before or during sex.

Women who are sexually active or are planning to be should not use emergency contraception as their only protection against pregnancy.

Emergency contraceptives work in one of three ways—by stopping or delaying the release of a woman’s egg (ovulation), preventing fertilization or stopping a fertilized egg from settling in the womb.

Pills or the Copper-T Intrauterine Device (IUD) are the two emergency birth control methods used today. Both do not cause abortion.

These symptoms are not common and don’t last long. One in five women who take emergency pills experience these side effects, which stop within a day or two.

For some women, the pills may cause unexpected bleeding. But this should clear up by the time they have their next period. [Plan B Side Effects: Bleeding]

Day after pills are not available in places that do not have a licensed prescriber or pharmacist on site—such as convenience stores and gas stations.

On Dec. 8, U.S. President Barack Obama endorsed the decision of Kathleen Sebelius, Secretary of Health and Human Services, to overrule the Food and Drug Administration’s recommendation that Plan B One-Step, be sold without a prescription to people under 17.

Emergency pills are legal in over 140 countries, and available over the counter in more than 60 countries.

Since the World Health Organization deemed these ECPs as safe and effective in the mid-1990s, the pill has been gaining popularity in the countries of North America and Europe, as well as Thailand, Finland, Kenya, Ghana and Mexico.

Half of all pregnancies in the US are unintended: 3.2 million occurred in 2006 alone, the last year for which data is available.

“Emergency contraception, which prevents pregnancy after unprotected sexual intercourse, has the potential to significantly reduce the incidence of unintended pregnancy and the consequent need for abortion,” economist James Trussell, PhD and Dr. Elizabeth G. Raymond, MD, MPH say in a meta study published in December 2011 and available on the ARHP and Princeton’s OPR website .

“ECPs may also offer reassurance to the 8.6 million women who rely on condoms for protection against pregnancy in case of condom slippage or breakage,” they also note in their interdisciplary study, “Emergency Contraception: A Last Chance to Prevent Unintended Pregnancy”.