Remicade Side Effects. This month, the Food and Drug Administration (FDA) announced that it is approving the use of Remicade (generic name: infliximab) to treat ulcerative colitis (UC) among children aged 6 years old and older “who have had inadequate response to conventional therapy.”

Says Donna Griebel, M.D., director of the Division of Gastroenterology and Inborn Errors Products in the FDA’s Center for Drug Evaluation and Research:

With the approval of Remicade, children with moderately to severely active ulcerative colitis who have not had an adequate response to conventional treatment now have an FDA-approved treatment option. However, there are serious risks associated with its use. Patients and their families should always discuss with their physician the risks and benefits of using a medication before deciding to start treatment.

According to the agency, the most common side effects of the drug include upper respiratory infections, infusion-related reactions, headache, and the worsening of ulcerative colitis.

Aside from the above common Remicade side effects, the drug also poses higher risks of tuberculosis infection as well as infections caused by viruses, fungi or bacteria. 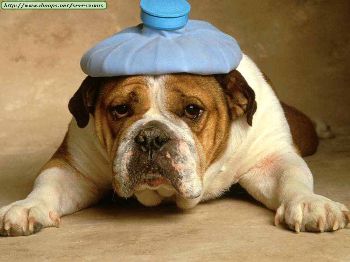 Remicade and the entire class of Tumor Necrosis Factor-alpha (TNFα) blockers to which it belongs apparently weakens the immune system’s ability to fight infections. Because of this patients are advised to tell their doctors if they are taking medication for infection or if they have an infection that keeps coming back.

Here are other side effects of Tumor Necrosis Factor (TNF) blockers according to the FDA in an 04 August 2009 media release:

Nearly two years later, in 14 April 2011, the agency added that it “continues to receive reports of a rare cancer of white blood cells (known as Hepatosplenic T-Cell Lymphoma or HSTCL), primarily in adolescents and young adults being treated for Crohn’s disease and ulcerative colitis with medicines known as tumor necrosis factor (TNF) blockers” and advised patients that taking in TNF blocker such as Remicade may increase the risk of said rare HSTCL cancer.