Risperdal Breast Growth Side Effects. Does the antipsychotic drug Risperdal cause breast growth as a side effect? Apparently it does. Some studies on the Risperdal breast growth link is found below. 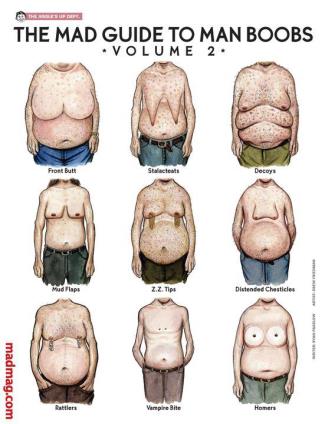 Several studies found that Risperidone — which is sold under the brand name Risperdal — is linked with breast growth among men particularly boys and adolescents.

For instance, a recent November 2015 study by Mahyar Etminan, Bruce Carleton, and James M Brophy which was published in the Journal of Child and Adolescent Psychopharmacology found the following:

Based on the data, the study authors made the following conclusion: “Risperidone is associated with an increase with the risk of gynecomastia in adolescent and young adult males.”

An earlier study by L. Holzer and CB Eap which was published last April 2006 in the Journal of Clinical Psychopharmacology also linked Risperdal with breast growth. From Holzer and Eap’s study (via pubmed.gov):

Thus, risperidone administered to adolescents at doses commonly used for the treatment of psychotic symptoms can strongly increase prolactin levels, with clinical consequences such as gynecomastia and/or galactorrhea. Given that the long-term effects of antipsychotic drug-induced hyperprolactinemia are not well documented, especially regarding osteopenia, infertility, growth, and pubertal delay, risperidone should be administered with caution to children and adolescents.

Given these findings, it is no surprise that Janssen Pharmaceuticals (along with parent company Johnson & Johnson) is facing several lawsuits from Risperdal users who developed gynecomastia (or breast growth) while under Risperdal medication.

One such lawsuit against the pharma company ended in a settlement.

A confidential settlement was recently reached in a Risperdal lawsuit that was set to go to trial earlier this month, resolving allegations that Johnson & Johnson failed to adequately warn that side effects of the popular antipsychotic medication may cause the development of male breasts among boys and young men; a condition known as gynecomastia.
…
Details of the agreement were not disclosed, and it does not appear that deal suggests any global Risperdal settlement may be imminent, as representatives of the drug maker have indicated an intention to continue to try individual cases “as appropriate.” About a dozen other bellwether trials are scheduled over the coming months.

We sure will keep you posted on future developments regarding Risperdal Breast Growth Side Effects.