Selenium Side Effects, Safety Risks, and Benefits. Study says selenium supplements could be harmful. Americans and Canadians don’t need selenium supplements. But they are going over the recommended upper limits that presents health risks in the long-term.

Are selenium supplements good for you? Yes and no. And like most things in life, moderation is the key. A new review of studies shows that most people in Canada and the U.S. get enough selenium in their diet and that taking supplements could even be harmful.

A naturally occurring trace mineral found in soil and foods such as Brazil nuts, fish, poultry, meat, eggs, and grains like wheat, selenium is undoubtedly vital for good health.

It helps boost antioxidant activity in the body needed to ward off infections. Poor immune function — as well as brain function — have been linked with low selenium levels, the review showed.

One study in the U.K. showed that adults who had low selenium levels — more common in Europe — were better able to fight off viruses more quickly when they took selenium supplements rather than a placebo.

Another study showed that men with fertility problems who also had low selenium intakes were helped by supplements. Eleven percent of study participants given these supplements were able to father a child, while the men who took a placebo fathered no children.

One study showed that selenium supplements could help with thyroid problems, but researchers cautioned that their results are early and need to be confirmed.

A number of studies also showed that selenium is crucial to brain function. The trace mineral may play a role in Parkinson’s disease and cognitive decline, and in a study of people over 65, participants with low levels of selenium were found to also have poorer co-ordination scores.

But overall, what the review found was this: for people who have low selenium levels, taking supplements sometimes helps. For those who get enough from their diet, selenium supplements cause harm. 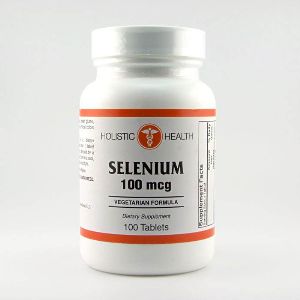 Researchers have also found no evidence that selenium supplements help ward off cancer and protect from heart disease — in fact, people who had the highest selenium levels in these studies were found to have an increased risk for heart disease.

Selenium Side Effects: More harm than good?
In fact, the research review on selenium published in the Feb. 28 issue of the journal The Lancet, concluded that selenium supplements aren’t necessary for most Americans and Canadians — and may even be harmful.

“The crucial factor that needs to be emphasized with regard to the health effects of selenium is whereas additional selenium intake may benefit people with low status, those with adequate-to-high status might be affected adversely and shouldn’t take selenium supplements,” concludes Dr. Margaret Rayman, in her review.

“It isn’t always that more is better. More often, ‘more’ isn’t better. Really, in terms of selenium, that was one of the points I wanted to bring out,” says Dr. Rayman, a biochemist and a professor of nutritional medicine at the United Kingdom’s University of Surrey.

According to the U.S. National Institutes of Health, people who suffer from Crohn’s disease and other gastrointestinal disorders, as well as people with iodide deficiency, may need to take selenium supplements.

But according to Dr. Rayman, those levels aren’t hard to reach. Most soils in the U.S. are selenium-rich, so most Americans get plenty of this essential mineral through meats and grains like corn and wheat.

In fact, Dr. Rayman says, studies show that the average selenium intake for men in the U.S. is about 134 mcg per day — the level that’s right on target for overall good health.

“Your wheat that’s used to make bread has quite a lot more selenium in it than ours would in Europe,” the British doctor says.

Too much selenium
And while the evidence isn’t conclusive, there are a few studies reviewed by Dr. Rayman that suggest that taking more selenium in supplements may even increase the risk for type 2 diabetes.

The tolerable upper limit set by the U.S. Institute of Medicine for selenium is 400 micrograms a day. Adults shouldn’t consume more than that, the NIH Office of Dietary Supplements warns.

Too much selenium can cause selenosis, a condition with symptoms that include gastrointestinal upset, hair loss, white blotchy nails, garlic breath odor, fatigue, irritability and even mild nerve damage.

But daily multivitamin Centrum contains 55 mcg of selenium, and some supplements contain as much as 200 mcg — enough for a person who gets apple selenium from a balanced diet to exceed the recommended daily intake (60 mcg). In the U.S., 50 percent of the population takes supplements, ABC health writer Katie Moisse notes.

Selenium and Diabetes
One large study of more 1,200 American than is particularly worrisome: The findings showed that people who took 200 mcg of selenium daily for an average of nearly eight years had a higher risk of developing type 2 diabetes compared to those taking a placebo.

And those who entered the study with the highest selenium levels — 122 micrograms or higher — experienced a nearly three-fold jump in diabetes risk compared to those taking a placebo.

But Dr. Rayman notes that one of the study’s limitations was that the researchers had actually set out to see if selenium could cut their risk for non-melanoma skin cancer — and the link with diabetes was discovered only accidentally. The authors concede that looking at outcomes that weren’t part of the original study design can muddle the results.

There are other studies, however, that also suggest an association between selenium and diabetes. Adults tracked by the CDC’s National Health and Nutrition Examination Surveys, for instance, showed an increased prevalence of diabetes in people with higher selenium levels.

A separate French study found that higher selenium levels were also associated with having higher blood sugar levels. Researchers surmise that high levels of selenium can interfere with the body’s ability to effectively use insulin — and may bring on type 2 diabetes because at high levels.

“It’s horses for courses,” when it comes to taking selenium, says Dr. Rayman. “There wouldn’t be a risk for us, in our population, if we took an extra 200 mcg of selenium, but if you did that in North America, or in the U.S., then yes, you might well be putting yourself at risk,” she maintains.

Her views are supported by experts who weren’t involved in the study.

“There’s no evidence that selenium supplementation of the U.S. population would be helpful,” Dr. Raymond F. Burk, a professor of medicine at Vanderbilt University in Nashville, Tennessee tells CBS News.

“In fact, there have been suggestions from recent work that it might be harmful, although this hasn’t been conclusively proven. Thus, based on present knowledge I wouldn’t recommend selenium supplementation,” says Dr. Burk, who studies the health effects of selenium.

The Washington-based Council for Responsible Nutrition, which represents the supplement industry, claims: “People in the ‘sweet spot’ for getting these benefits do so through a combination of diet and supplements, likely with a multivitamin containing selenium.”

“Without supplementation, we’ll likely see a decrease in the number of people reaching optimal levels,” the group claims. “Too much of anything isn’t good; however selenium toxicity is extremely rare,” in said in a statement to CBC News.

Another study made by researchers at the U.K.’s Warwick University showed that people with high selenium levels had a 10 percent rise in cholesterol.

Researchers analyzed the health data of 1,042 people 19 years old to 64 years old who took part in the UK National Diet and Nutrition Survey between 2000 and 2001.

People with blood selenium concentrations higher than 1.20 micromoles per liter had total cholesterol levels raised by an average of eight percent. Levels of a ‘bad’ type of cholesterol associated with heart disease were increased by 10 percent. But the study didn’t take account of the health of individuals or whether they were taking cholesterol-lowering drugs.

“I think it’s a balancing act. I think if people have a very strong, varied diet that’s within the 2,000 calorie limit, there may be a case where you don’t need the extra nutrients,” Dr. Duffy MacKay, vice president of scientific and regulatory affairs for the Washington, D.C.-based Council for Responsible Nutrition, tells WebMD.

“But in my clinical practice, you see a lot of people with a not-so-varied diet, or for one reason or another they’re very limited in what they eat, and then the multivitamin does a nice job of filling those nutrient gaps,” he says.

So if you still want to pop a multivitamin — as most Americans do — check the label to make sure your pill doesn’t contain too much selenium.

But Dr. Donald Hensrud, associate professor of preventive medicine and nutrition at the Mayo Clinic in Rochester, Minnesota says that the vitamins and minerals “Mother Nature” provides in the fruits, vegetables, whole grains and lean sources of protein are in levels “optimal for health.”

“We like to believe if we can concentrate something and put it in pill form, it must be good for us,” he says. “And supplements are a multibillion dollar industry, so this belief is fueled by marketing and advertising.”