Seroquel Diabetes Lawsuit. In an earlier post (see Seroquel Weight Gain), we told you about how AstraZeneca minimized or misrepresented the weight gain associated with the use of Seroquel as alleged in the lawsuit filed against the company by Tracy Miksell-Branch. 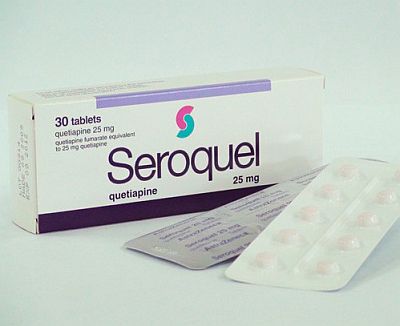 Well, not surprisingly, AstraZeneca is also alleged to have made misrepresentations on Seroquel’s association with diabetes. From Miksell-Branch’s amended complaint vs. AstraZeneca:

Misrepresentation of Association with Diabetes
Physicians’ concern regarding the risk of weight gain associated with Seroquel IR and Seroquel XR stemmed largely from weight gain’s association with cardiac morbidities and diabetes, both of which are associated with use of Seroquel IR and Seroquel XR and warned of in the drugs’ Prescribing Information, which states that epidemiological studies suggest an increased risk of treatment-emergent hyperglycemia-related adverse events in patients treated with the atypical antipsychotics.”

AstraZeneca minimized this risk by promoting to physicians that the risk of diabetes accompanying use of Seroquel IR and Seroquel XR was limited to 0.01%, or 1 in 10,000 patients, a figure that AstraZeneca derived from the number of post-marketing adverse event reports it received relative to the total number of users.

Additional examples of particular details of this part of the scheme to submit false claims came in the form of emails.

In an email to Central Region district managers, who subsequently forwarded it to sales representatives, Kansas City CNS District Sales Manager Tom Dusterhoft summarized a then-recent regional sales meeting, held in St. Louis on May 24, 2006, during which AstraZeneca trained sales representatives to minimize physicians’ concerns regarding Seroquel IR’s risk of diabetes. In a document attached to the email, titled “Unassailable Positioning – The Seroquel Story,”
and under the heading “Neutralize (Facts that cannot be denied – Defense),” Dusterhoft instructed sales representatives to respond to physicians’ objections by informing them that Seroquel IR’s “Risk of diabetes [is] .01%,” and that the observed increase in diabetes among patients taking the drug was the result of a “nat[ural] increase of diabetes” (i.e., a predisposition) in patients with schizophrenia and bipolar mania.

Likewise, during district meetings, Doug Yarbrough repeatedly instructed Relator and other sales representatives in her district that, if physicians raised the risk of diabetes as an objection to prescribing Seroquel IR or Seroquel XR, they should assure them that if they monitored patients’ blood work it would not be an issue, and to move the discussion to another topic as quickly as possible.

On November 16, 2006, AstraZeneca received a Warning Letter from DDMAC that cited the Company for dissemination of a professional sales aid that was “false or misleading because it minimizes the risk of hyperglycemia and diabetes mellitus and fails to communicate important information regarding neuroleptic malignant syndrome, tardive dyskinesia, and the bolded [on the product insert] cataracts precaution.” Id. at 1. DDMAC concluded that this “promotional material raises significant public health and safety concerns through its minimization of the risks associated with Seroquel.” Id.

We know most of you are already familiar with Seroquel diabetes risk but it would be interesting how this case – and the Texas case – will turn out. We’ll keep you updated.