Seroquel Weight Gain Side Effect. If you are taking Seroquel, don’t be surprised if you eventually add on some pounds. In the case of our friend Marla, she added 20 pounds to her original weight of 130 lbs. She now weighs 150 lbs which is not good considering she’s only 5 feet.

This week, she finally decided to combat the weight gain through diet and exercise. We are hoping it will work. Apparently, there is a medication out there that can help Marla loss weight but, for now, she does not want to add more drugs to the ones she has to take.

“I ain’t gonna be popping pills for every health concern,” is what she says. Good luck to Marla in her attempt to shed off her Seroquel weight gain. We will update this post in the future if her workout and dieting efforts bear fruit.

By the way, did you know that AstraZeneca, the company behind the drug, tried to hide the Seroquel weight gain connection?

This shenanigans was brought to light when the company’s former medical manager, Dr. John Blenkinsopp claimed that “he was pressurised by the company’s marketing arm to approve claims about the drug which he felt did not reflect the medical evidence”.

In an interview with BBC’s File on 4, Dr. Blenkinsopp made the following revelations: “The clinical studies at the time of the launch of Seroquel showed patients developed significant weight gain, significant both statistically and clinically. They [the marketing team] came at me with a number of potential claims all of which were trying to intimate that Seroquel was not associated with weight gain – the data pointed in the opposite direction.”

The BBC interview marks the first time Dr Blenkinsopp spoke publicly since he left the company in 2000.

More revelations from Dr. Blenkinsopp: “I understood where they were coming from. I had some robust discussions and exposed them to the data but that didn’t seem to stop them because they were desperate for a differential advantage over one of the competitor products and they didn’t have one. In the end I was put under quite a significant amount of pressure by the marketeers to sign off claims with regards to the lack of weight gain and I was unwilling to sign that off. The marketeers made it clear it could be career limiting for me.” 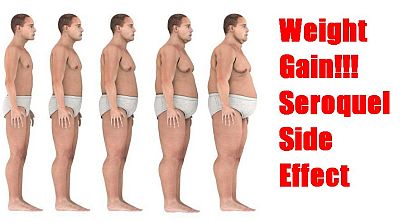 In the US the drug was marketed with claims that it would not cause weight gain.

For its deceptive marketing or its failure to not adequately warn prescribing doctors and consumers of the health risks associated with Seroquel, AstraZeneca has faced a federal lawsuit and several other civil lawsuits (involving more than 15,000 people) in the United States.

It has since settled with the federal government agreeing to pay $520 million for selling the drug for uses not approved by the Food and Drug Administration. It also settled with some patients who filed a class action suit against the company.

Learn more on Seroquel Weight Gain Side Effects: Lawsuit Updates after the jump.