Sleeping Pills Side Effects: Higher Cancer Risk? New findings suggests that people who take sleeping pills may have a death risk four times higher than those who don’t, as well as a raised risk for cancer.

If we go by the sales and prescriptions for sleep aids, it seems that developed nations have turned into nations of sleepless people. Doctors say around a third of people in the United States, the United Kingdom, Australia, Europe, Japan and other similar countries suffer from bouts of insomnia — and some feel debilitated by it.

And despite evidence that these sleeping pills may not really contribute to a good night’s sleep over the long haul, “hypnotics and sedatives” are the 20th most used class of prescription drugs, according to the IMS Health, which tracks drug trends.

Sleeping Pills Side Effects: Cancer, Higher Risk of Death. But a provocative new study suggests that sleeping pills used by thousands of people in the modern world appear to be linked with a higher risk for both cancer and premature death.

Published in the Feb. 27 issue of the British medical publication BMJ Open, the study found that people prescribed these pills were 4.6 times more likely to die compared to those who weren’t prescribed the drugs. It also found a raised cancer incidence — modest but statistically significant — among study participants prescribed sleep medications.

The study team was lead by Dr. Daniel F. Kripke, an emeritus psychiatry professor at the University of California, San Diego, who is now connected with the Scripps Clinic Viterbi Family Sleep Center in California.

Dr. Kripke began probing the possible link between sleeping pills and death risk in 1975 and since then, he and his colleagues have published 18 studies that associated the two.

This time, Dr. Kripke led a team of researchers from the Jackson Hole Center for Preventive Medicine in Wyoming and the Scripps to track over 10,000 patients given prescriptions for hypnotic sedatives for at least three months and for as long as four years. As comparison, the researchers matched each patient prescribed with a sleep aid with at least two patients of similar age, gender and health status who had no record of having been prescribed sleeping pills.

How did they do this? They scoured the Geisinger Health System in the U.S. and examined the electronic patient records between 2002 and 2007 of 10,529 patients who had received hypnotic prescriptions, as well as 23,676 matched patients who hadn’t received a hypnotic prescription. Researchers then looked at the records to see if the patients subsequently died or were diagnosed with cancer. The average age of study participants was 54.

The study looked at a wide range of sleeping pills that are known as hypnotics because they actually cause a person to fall asleep — in contrast to other sleeping aids like the supplement melatonin that promotes sleep through relaxation. 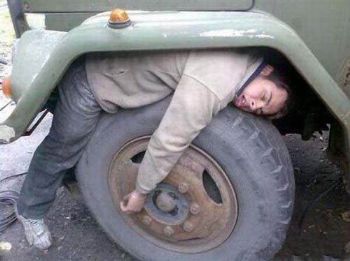 >> Post Related to Sleeping Pills Side Effects: Does Johnson’s Baby Powder Cause Cancer?

The most widely used prescription sleep aid used by study participants was found to be zolpidem, sold as Ambien, followed by Restoril, the researchers say. But 4,117 participants got prescriptions for other sleep aids.

The researchers then calculated hazard ratios (HRs) for death and cancer associated with the prescription for hypnotic medication. This ratio expresses the ratio of event rates between two groups of people, the National Health Service, the UK’s national health provider, explains in an article analyzing the study and its media coverage.

What they found was that people prescribed sleeping pills had:

Sleeping Pills Side Effects: An increased death risk? Even at very low doses, these people were more likely to die than those not prescribed hypnotics — although the absolute risk was still relatively low.

Those prescribed as few as one to 18 sleeping pills in a year (or a little more than one pill a month) were three and a half times more likely to have died during the study period than those who got no such prescriptions.

Those prescribed the largest number of sleep aids — more than 132 pills per year — had a death risk five times greater than among those who weren’t prescribed hypnotics.

The researchers did their best to rule out other underlying health conditions, such as heart and lung diseases, and other factors like smoking and alcohol use.

Based on statistics of millions of Americans who take prescription medicines, the researchers calculated that in 2010 alone, 320,000 to 507,000 deaths in the U.S. may have been associated with prescription sleep-aid use.

Sleeping Pills Side Effects: An increased cancer risk? While the risk was modest, it was statistically significant. According to Dr. Kripke’s team, compared with patients with no record of taking prescription sleeping pills, the heaviest users of prescription sleep aids were 35 percent more likely to be diagnosed with cancer during the study period.

In fact, the use of sedative medications was a better predictor of whether a study participant would develop lymphoma or cancer of the lung, colon or prostate during the study period — more than a participant’s current smoking habit, the researchers note.

“We are not certain. But it looks like sleeping pills could be as risky as smoking cigarettes,” Dr. Kripke told WebMD.

“The meager benefits of hypnotics, as critically reviewed by groups without financial interest, wouldn’t justify the substantial risks,” the researchers write in their paper. They say even short-term use may not be justifiable.

No need to panic
But there’s no need to panic over the findings, Dr. Malcolm Lader, professor of clinical psychopharmacology at the Institute of Psychiatry at King’s College London tells BBC News.

“The study needs to be replicated in a different sample and I think we need to hold judgment until we have further studies,” he says. “What we don’t want is people stopping sleeping tablets and then going through a very disturbing period of insomnia. People should discuss this with their GP but shouldn’t under any circumstances stop taking their medication,” he adds.

The NHS also advises caution, stressing that, “This research raises an important issue that requires further research — but this cohort study alone can’t show that hypnotics are responsible for the increased mortality or cancer.”

Were the sleep drugs the cause of the increased cancers and deaths? Or are those who are at greater risk of dying or developing cancer more likely to seek a prescription for sleep problems? Or did a common factor — like underlying disease — make participants both more likely to use sleeping pills and more likely to die?

While Dr. Kripke’s team found a link between the two, the research doesn’t support a direct relationship. But few media sources explained that this study can’t prove direct causation, the NHS lamented.

The researchers themselves admit that it’s not clear why people taking sleeping tablets may be at greater risk for death.

Since the drugs are sedating, did this make users more prone to falls and other accidents? Did the pills alter patients’ breathing patterns as they slept? Was taking sleeping pills linked to increased suicide risk? The study can’t tell, they admit.

To establish such cause-and-effect relationships, clinical trials that would compare subjects taking sleep medications against those taking a placebo need to be carried out, Dr. Kripke confesses.

“Cohort studies can only show association and, therefore, this study can’t demonstrate that hypnotics are directly responsible for the increased mortality shown,” the NHS says, pointing out that a randomized controlled trial was needed to determine a cause-and-effect relationship.

But since cohort studies showed that hypnotic medications may pose a hazard, it would be unethical to carry out such an experiment.

Need to probe the link
But while Dr. Kripke agrees that cause and effect had not been established by his research, he insists that there’s a litany of studies that have raised concerns over the safety of sleep medications. This includes the very research that was submitted to the Food and Drug Administration when some of these drugs were approved, he reveals.

Aside from their common role in fatal medication overdoses, there’s more evidence that widely used sleep medications raises risks for many ills:
• “Hangover” effects dull alertness and cognitive performance and these have been shown to lead to accidents and injuries.
• Gastroesophageal regurgitation and peptic ulcers are more common among those taking sleep aids. This leads to infection — and even cancer.
• Sleep aids are also linked with depression and sleep apnea, which in turn raise the risks of suicide, diabetes and heart disease.

But how sleeping pills are linked to cancer — that’s harder to determine, the psychiatrist admits. In 2008, Dr. Kripke did a study on lab mice that found hypnotics to have a carcinogenic effect and even suggested that these can cause chromosomal damage. But human studies have shown mixed results.

“The association between mortality and sedation isn’t new and this research tells us that people who took these medicines were more likely to die than people who didn’t take them,” says Nina Barnett, of the UK’s Royal Pharmaceutical Society.

“It doesn’t mean that the deaths were caused by the medicine,” and “it’s unlikely to radically change prescribing in the immediate term,” she admits, but goes on to say: “This is an important study and it should raise awareness and remind both patients and prescribers to the potential risks of sedative use for insomnia.”

In an editorial accompanying the study, BMJ Open’s editor, Dr. Trish Groves, wrties: “Although the authors haven’t been able to prove that sleeping pills cause premature death, their analyses have ruled out a wide range of other possible causative factors. So these findings raise important concerns and questions about the safety of sedatives and sleeping pills.”

Still many limitations
In its analysis of Dr. Kripke’s study, the NHS notes a number its limitations.

“While the researchers did make adjustments to account for many variations including age, gender, smoking, body mass index, ethnicity, marital status, alcohol use, prior cancer, and a number of other concurrent conditions, it’s difficult to adjust for these completely,” the NHS says. “Their influence may not have been fully accounted for and, in addition, other unknown factors may influence the relationship.”

The UK’s national health provider also points out that people who take sleeping pills may differ from people who don’t take them in other medical factors — and these factors may be the very ones that account for the difference in mortality and cancer incidence.

Chronic diseases like depression, anxiety and other emotional factors are among these factors, the NHS says. But since the diagnoses of these conditions are confidential in the U.S., then mental health illnesses may be an important contributing factor, it says.

A spokesman for the Association of the British Pharmaceutical Industry told BBC News that the safety of medicines was closely monitored and continued even after regulatory approval.

In a statement to the Los Angeles Times, Sanofi-Aventis, the maker of sleeping pill Ambien, say the BMJ Open study had limitations beyond those acknowledged by its authors.

Calling the study’s conclusions “highly questionable,” it cited its average follow-up of 2.5 years as insufficient to detect whether cancers were new, the result of sleep aids, or whether these cancers had already taken hold at the time a patient got a prescription for sleep problems.

Sleep hygiene is the answer
Those hounded by insomnia will be surprised to find that it may sound surprising, but sleeping pills aren’t the best way to treat the condition. While the pills clearly help people sleep in the short term, in the long run, these aren’t the answer.

Proper sleep hygiene is: This means a regular bedtime, a regular time to wake, avoiding naps, avoiding extreme physical exercise in the evening, and saving the bedroom for sleep.