K2 Side Effects. Synthetic marijuana – which goes by various commercial names such as Spice, K2, Blaze, Yucatan Fire, Skunk, Moon Rocks, and others – can turn you into a dog-biting/eating zombie. Okay, that should be quote “zombie” unquote because there’s really no such thing as zombies but synthetic marijuana does make you do crazy weird things.

Take this guy from Texas named Michael Daniel who, after smoking synthetic pot, went around on all fours barking like a dog. He then went on to bite and eat a family dog. Let’s have the New York Daily News tell us the story:

A Texas man snapped and went “zombie,” while tripping on a designer drug. He ate his family dog while the pooch was still alive, police said.

Michael Daniel, 22, was smoking synthetic marijuana, known as “spice” or “K-2,” at his home on Jun 14, when he suddenly started attacking his family members and neighbors, running around on all fours and barking and growling like an animal, local station KAIT television reported.

Witnesses said that Daniel then grabbed his family’s dog, beat it, choked it and then bit off chunks of its flesh. 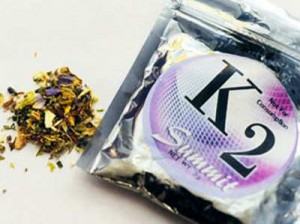 For those of you who are wondering about what synthetic pot does to people, here’s a list we culled from the internets:

American Academy of Pediatrics: In addition to restlessness and agitation, young people have presented in the emergency department with diaphoresis (excessive sweating associated with shock), catatonia, inability to speak, or unusual aggression.

CNN: …the synthetic marijuana produce euphoric and psychoactive effects similar to those associated with marijuana. But doctors say there are additional side effects that may be particularly dangerous. The drug can leave patients catatonic and listless. And what makes matters worse, very little is known about Synthetic marijuana or how to treat an adverse reaction or overdose.

drugabuse.gov: Spice users report experiences similar to those produced by marijuana—elevated mood, relaxation, and altered perception—and in some cases the effects are even stronger than those of marijuana. Some users report psychotic effects like extreme anxiety, paranoia, and hallucinations.

Spice abusers who have been taken to Poison Control Centers report symptoms that include rapid heart rate, vomiting, agitation, confusion, and hallucinations. Spice can also raise blood pressure and cause reduced blood supply to the heart (myocardial ischemia), and in a few cases it has been associated with heart attacks. Regular users may experience withdrawal and addiction symptoms.

By the way, although this new designer drug is called synthetic marijuana because it mimics the pleasurable effects of cannabis, it’s actually a pretty dangerous drug.

Says DEA Acting Administrator Michele M. Leonhart: “Makers of these harmful products mislead their customers into thinking that ‘fake pot’ is a harmless alternative to illegal drugs, but that is not the case.”

Adds Dr. Lewis Nelson, a medical toxicologist at NYU Langone and Bellevue hospitals, “People have the mind-set that this is ‘just pot ,’ but it’s not. Synthetic marijuana is really a misnomer. It’s really quite different, and the effects are much more unpredictable. It’s dangerous, and there is no quality control in what you are getting.”

The scientist who first synthesized many of the cannabinoids used to make synthetic pot will certainly agree with Dr. Nelson. In fact, he (i.e., Dr. John Huffman of Clemson University) was quoted by MSNBC as saying that “People who use it are idiots” and that they “don’t know what it’s going to do to you.”

Says Dr. Huffman, “These compounds were not meant for human consumption. Their effects in humans have not been studied and they could very well have toxic effects. They absolutely should not be used as recreational drugs.”

Synthetic pot is illegal in some states in the U.S. such as Louisiana where reality TV star Billy Bretherton (of A&E’s Billy the Exterminator fame) and his wife, Mary, were arrested for possession of the banned psychoactive drug. 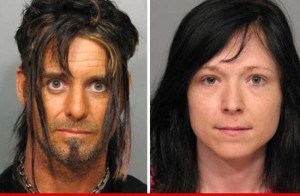 But efforts to ban the drug is turning out to be quite a challenge for government authorities. Michigan, for instance, passed a law in 2010 which prohibited seven substances used to make the drug. While the Drug Enforcement Administration made five chemicals illegal in 2010.

Ever crafty, manufacturers skirted the ban by simply changing the chemicals they use to make synthetic pot. And because the replacement chemicals they used as substitute are not banned, they went on to sell their product as “100% legal blend” which does not contain “prohibited ingredients as per state law or DEA regulations.” Pretty clever marketing strategy, huh?

You may admire such craftiness but we bet you’ll quickly change your mind once your seemingly harmless teenager turns into a dog-biting zombie.