Statins Fatigue and Other Side Effects. They may lower the level of bad cholesterol in your system but don’t be surprised if the statins you are taking in is also making you easily exhausted.

A recent study by researchers from the University of California, San Diego on statins side effects found that about 4 in 10 women had lower energy levels or exercise fatigue six months after they started taking the drug.

Says one of the study authors, Dr. Beatrice Golomb, associate professor of medicine at the University of California, San Diego:

Side-effects of statins generally rise with increasing dose, and these doses were modest by current standards. Yet occurrence of this problem was not rare, even at these doses, and particularly in women.

Energy is central to quality of life. It also predicts interest in activity. Exertional fatigue not only predicts actual participation in exercise, but both lower energy and greater exertional fatigue may signal triggering of mechanisms by which statins may adversely affect cell health.

This statins fatigue or exhaustion effect appears to be more evident in women and less among men.

Some doctors like Dr. Scott Grundy, director for the Center for Human Nutrition at the University of Texas Southwestern Medical Center in Dallas, are skeptical of the study. He says in an interview with ABC News: “I am suspicious that the method of statistical analysis distorts the real tolerance of statins.”

Another skeptic is Dr. Scott Wright, a professor of medicine and preventive cardiologist with the Mayo Clinic in Rochester, Minnesota who is quoted by USA Today as saying: “Because the problem here is that they used an internal scale to determine fatigue and discomfort levels. That means their way of measuring both have not been validated in the medical world, and so we don’t know if their findings would actually apply to the general population. More work will have to be done before these findings can affect or change the practice of medicine with respect to statin use.”

Dr. Golomb is defending their statins fatigue study. “These are randomized, double blinded, placebo-controlled data. Here it is clear that… statin users were significantly more fatigued, and more intolerant to exercise,” she says. 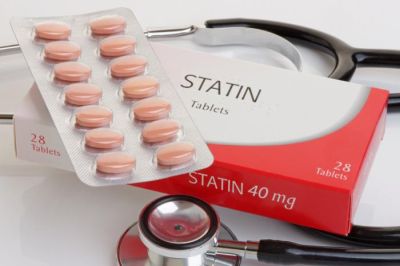 The researchers found that subjects who had either Pravachol or Zocor are much more likely to experience either a drop in their energy level or a rise in fatigue than their counterparts who took in the sugar-pill placebo.

Meanwhile, the latest health advisory from the Food and Drug Administration (FDA) noted the following side effects of statins: memory loss, increased risk of type 2 diabetes, and a potential for muscle damage.

Here’s what the latest FDA consumer update on statins says:

Reports of Memory Loss. FDA has been investigating reports of cognitive impairment from statin use for several years. The agency has reviewed databases that record reports of bad reactions to drugs and statin clinical trials that included assessments of cognitive function.

The reports about memory loss, forgetfulness and confusion span all statin products and all age groups. Egan says these experiences are rare but that those affected often report feeling “fuzzy” or unfocused in their thinking.

In general, the symptoms were not serious and were reversible within a few weeks after the patient stopped using the statin. Some people affected in this way had been taking the medicine for a day; others had been taking it for years.

What should patients do if they fear that statin use could be clouding their thinking? “Talk to your health care professional,” Egan says. “Don’t stop taking the medication; the consequences to your heart could be far greater.”

The Risk of Diabetes. Diabetes occurs because of defects in the body’s ability to produce or use insulin—a hormone needed to convert food into energy. If the pancreas doesn’t make enough insulin or if cells do not respond appropriately to insulin, blood sugar levels in the blood get too high, which can lead to serious health problems.

A small increased risk of raised blood sugar levels and the development of Type 2 diabetes have been reported with the use of statins.

“Clearly we think that the heart benefit of statins outweighs this small increased risk,” says Egan. But what this means for patients taking statins and the health care professionals prescribing them is that blood-sugar levels may need to be assessed after instituting statin therapy,” she says.

The Potential for Muscle Damage. Some drugs interact with statins in a way that increases the risk of muscle injury called myopathy, characterized by unexplained muscle weakness or pain. Egan explains that some new drugs are broken down (metabolized) through the same pathways in the body that statins follow. This increases both the amount of statin in the blood and the risk of muscle injury.

FDA is revising the drug label for Lovastatin to clarify the risk of myopathy. The label will reflect what drugs should not be taken at the same time, and the maximum lovastatin dose if it is not possible to avoid use of those other drugs.