Stendra Side Effects. First there were the mysterious Chinese drugs with unidentified ingredients. Then someone noticed that Viagra, originally intended as a heart drug, is effective in keeping men up and marketed it for the latter purpose. Then other drug companies, realizing that the business of keeping men hard is very lucrative, came up with their own drugs for erectile dysfunction (ED) such as Cialis and Levitra.

Then just a few days ago, the U.S. Food and Drug Administration (FDA) approved a new ED drug, Stendra, which gives men another option when they want to get it hard and up.

1. Most common Stendra side effects: According to the FDA, the most common side effects of Stendra include headache, redness of the face and other areas (flushing), nasal congestion, common cold-like symptoms (nasopharyngitis), and back pain. How common is “most common”? It means that each of these side effects are reported in greater than 2 percent of patients in the clinical trials that involved the use of Stendra. 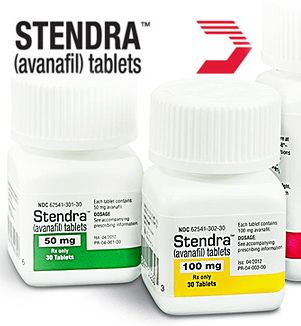 2. Priapism. A rare side effect would be priapism or that condition whereby the man’s erection will last for four hours or more. Some may think that’s kind of cool but it’s actually very painful according to a friend who suffered from this side effect. Should this happen to you, you should seek out medical help immediately. We know its going to be awkward but health professionals have seen worse things.

3. Vision and hearing loss. Stendra can also cause changes in color vision. Some men have reported sudden loss of vision in one or both eyes while others have reported sudden change in their hearing abilities, either they’ve gone deaf or can no longer hear as clearly as before. Should this happen to you, you should STOP using Stendra and go see your doctor ASAP.

How were the trials conducted and what are the results? The participants were randomly assigned to either take in the drug (in doses of 50 mg, 100 mg, and 200 mg) or a placebo about thirty minutes before they do the bump-n-grind. The patients were monitored on three key areas: erectile function, vaginal penetration, and successful intercourse. The trial proved that those who were taking Stendra (in any of the three doses) “experienced statistically significant improvement in all three endpoints”.

5. Dosage and Administration. Can you you Stendra without food? Yes you can. The ED drug can be used either with food or without eating. As mentioned earlier, you should take it 30 minutes before you go bump uglies with someone else. The starting dose starts at 100mg and may be lowered (to 50mg) or raised (to 200mg) based on efficacy and/or tolerability. According to the FDA, you should use the lowest dose that provides benefit.

Lastly, patients with severe hepatic impairment or severe renal impairment should NOT use Stendra.

6. Should you drink alcohol while under the influence of Stendra? You should not because … well, here’s what the FDA paper says about the matter:

[P]hysicians should inform patients that substantial consumption of alcohol (e.g., greater than 3 units) in combination with STENDRA may increase the potential for orthostatic signs and symptoms, including increase in heart rate, decrease in standing blood pressure, dizziness, and headache.

7. Can older men over 65 years take Stendra? Yes they can. About 23% of the participants in the clinical studies were older than 65 years old and “no overall differences in efficacy and safety were observed between subjects over 65 years of age compared to younger subjects; therefore no dose adjustment is warranted based on age alone”. However, the FDA cautions that “a greater sensitivity to medication in some older individuals should be considered”.

Stendra Side Effects: Seven Things You Should Know About New ED Drug posted 2 May 2012. Last update on 2 May 2012.