FDA panel says yes to resuming osteoarthritis pain drug trials: The advisory panel to the federal agency recommends allowing drugmakers to continue tests for promising anti-nerve growth factor drugs, even if these have been linked to bone decay in previous trials.

A new class of drugs called anti-nerve growth factor (anti-NGF) drugs work precisely as their name implies — by blocking proteins called nerve growth factors that are associated with nerve pain. These new medications have the potential to become the first biotechnology drugs that specifically target pain.

Drugmakers cite the strong results of these drugs in early testing — and contrast this with the many shortcoming of current painkillers: Long-term use of nonsteroidal anti-inflammatory drugs (NSAIDs) like aspirin and ibuprofen can cause stomach bleeding and are contraindicated for many patients. Acetaminophen at the recommended doses is often not strong enough, while opiates carry a high risk of addiction, on top of a long list of side effects. 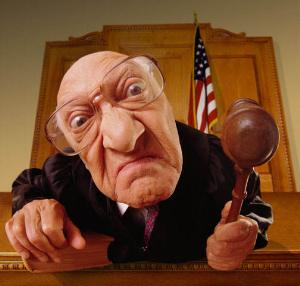 In three completed studies of Pfizer’s anti-NGF tanezumab, for instance, the injection provided more pain relief than the NSAID Aleve or the opioid oxycodone, according to company documents posted on its website.

By blocking proteins in nerves throughout the body that control the feeling of pain, the new injectable, nerve-silencing drugs offer a new, promising approach.

Doctors say these drugs are very promising for many patients who suffer from painful conditions and who don’t have other options. Many osteoarthritis patients, for instance, can’t have a joint replacement but can’t tolerate NSAIDs and the other painkillers. For these people, the new anti-NGF medications offer a chance of alleviating pain and improving the quality of life.

21-0 yes votes for anti-nerve growth factor drug trials
This is why the independent arthritis experts that sat in an advisory panel to the U.S. Food and Drug Administration recommended at a March 12 public hearing that drug companies be allowed to restart clinical trials of anti-NGFs. This, despite the fact that previous trials linked the new class of drugs to bone decay and joint failure.

The FDA’s 21-member advisory panel voted unanimously that research on the nerve-blocking drugs should continue — but with certain safety precautions.

While the FDA isn’t required to follow panel recommendations, it often does and it will be making a final decision later.

The agency halted most all clinical trials of anti-NGFs in 2010, after nearly 500 people taking the drugs in studies had to have joints replaced. This raised questions about whether the NGF blockers were accelerating joint degeneration, so the studies were stopped before any of the medications could be submitted for U.S. approval.

Most arthritis and chronic pain experts agree that safety issue is important — but emphasize that pain management also has needs that must urgently be addressed.

In previous trials, the FDA also noted that the bone-decaying side effects were less common when the anti-NGFs were used at lower doses. The results may have been muddled by the fact that some study participants were still taking older painkillers when they also took the anti-NGFs, the agency said.

FDA advises safety precautions in trials
The panel at the FDA Arthritis Advisory Committee Meeting thus stressed that anti-NGFs shouldn’t be taken with older painkillers in future trials. At the same time, participants should also be told of the known risks and made to sign an informed consent waiver. They should also undergo regular imaging scans to check their bones throughout the trials, the panel advised.

In the summer of 2010, safety issues with nerve growth factor inhibitors first surfaced, when Pfizer researchers reported that osteoarthritis actually worsened in certain patients taking the experimental anti-NGF drug, tanezumab, in clinical trials for patients with osteoarthritis, low back pain and diabetic nerve pain. In some cases, the deterioration was bad enough to require some participants to have their joints replaced. The FDA then asked Pfizer to halt the studies.