Truvada HIV Prevention: Does it Work for High Risk Gay Men? HIV/AIDS: it’s still incurable, and it’s reached epidemic proportions. Since it was first recognized by the United States Centers for Disease and Prevention in 1981, more than 60 million people have contracted the human immunodeficiency virus and nearly 30 million have died of HIV-related causes. Today, about 34 million adults worldwide live with HIV/AIDS, according to the World Health Organization.

About 1.2 million Americans are infected with HIV, and men who have sex with men (MSM) account for the more than half of the 56,000 new cases yearly in the U.S., according to the CDC. Gay men who have five or more sex partners have a particularly high risk.

But what if these gay men can take a pill every day that would significantly reduce their chances of becoming infected with the AIDS virus? Wouldn’t that be an attractive option, especially for those in the high-risk group? 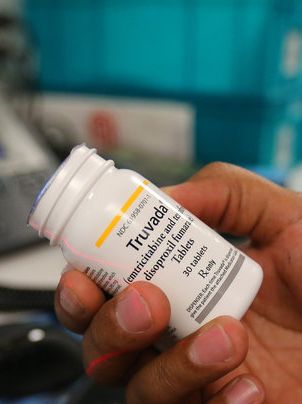 The fact is, these pills do exist: the combination drug tenofovir-emtricitabine, known by its brand name Truvada, has been shown by a study conducted in 2010 to be effective as “pre-exposure prophylaxis” or PrEP — it can reduce a person’s chances of HIV infection by about 44 percent if taken daily. The problem is, the drug is expensive — about US$10,000 a year — and it does have side effects.

Truvada HIV Prevention New Findings. Now new findings suggest that Truvada could significantly reduce the spread of the AIDS-causing virus — and also make economic sense if taken by people in a high-risk group for HIV infection: gay men who have five or more sex partners per year.

The cost-benefit analysis by Stanford University experts looked at the costs involved in prescribing a US$26-a-day pill to MSMs. Their findings are published in the April 17 Annals of Internal Medicine.

Drugmaker Gilead is seeking permission for Truvada — a combination of its HIV drugs Emtriva (emtricitabine) and Viread (tenofovir) — to be used as a form of PrEP. And in mid-May, a panel from the Food and Drug Administration is expected to consider whether to allow the use of the drug this way — as a way to prevent HIV infection in healthy people.

Meanwhile, would it make financial sense to recommend that large populations of gay men take this daily pill as PrEP?

So now the Stanford University researchers created an economic model to analyze the use of Truvada by a high-risk group within the population of gay men.

Read more on the study regarding the financial cost of Truvada HIV Prevention after the jump.