Viagra Side Effects: It may cause sudden vision loss, loss of hearing . For at least 30 million American men distressed by impotence, Viagra may seem like THE wonder drug. But it’s not. Sure, it’s vastly effective in reversing erectile dysfunction. But the drug, known chemically as sildenafil citrate, has a number of equally distressing side effects — and a few downright dangerous ones.

Sudden loss of hearing in one ear, sudden loss sight and abnormal vision are among the more frightening side effects.

All in all, the FDA found “29 reports of sudden hearing loss both with and without accompanying vestibular symptoms (tinnitus, vertigo or dizziness), in strong temporal relationship to dosing with Viagra (sildenafil), Cialis (tadalafil) or Levitra (vardenadil),” the agency says in an advisory that’s still on its site.

The agency also says hearing loss had been reported in a few patients during clinical trials conducted for the drugs’ approval.

While the FDA says it wasn’t able to prove a cause-and-effect relationship between using PDE5 inhibitor drugs and sudden hearing loss, it says it believed “the strong temporal relationship found in the 29 cases warranted the revisions to the product labeling for the drugs.”

The FDA says that in one third of cases, loss of hearing was temporary, while in the remaining two-thirds of cases, the hearing loss was still ongoing at the time of the report was concluded, or the final outcome wasn’t known.

As people age, hearing loss becomes more common, especially in people who have the risk factors for erectile dysfunction. But “sudden hearing loss is an uncommon event at any age,” the FDA points out.

There isn’t enough information to say whether age was a factor in the cases of sudden hearing loss reported in men using Viagra and other PDE5 inhibitors, the FDA warned. Neither is there enough data to determine if there’s a type of Viagra user that more likely to be at risk for hearing loss or what dosage level, if any, puts a patient at greater risk for this side effect. 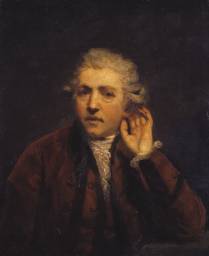 On this site, is a disclaimer that says that in many cases of hearing loss, medical follow-up information was limited. “Based on this, it’s not possible to determine whether these reported events are related directly to the use of Viagra, to the patient’s underlying risk factors for hearing loss, a combination of these factors, or to other factors,” Pfizer says.

Viagra side effects: sudden loss of sight
On the Viagra.com is also a short warning that’s barely noticeable, but sounds alarm bells: “In rare instances, men taking PDE5 inhibitors (oral erectile dysfunction medicines, including VIAGRA) reported a sudden decrease or loss of vision in one or both eyes.”

According to the warning, “It’s not possible to determine whether these events are related directly to these medicines or to other factors.” It then goes on to say, “If you experience sudden decrease or loss of vision, stop taking PDE5 inhibitors, including VIAGRA, and call a doctor right away.”

This warning is supported by another one found on the final product package insert for Viagra sold in the U.S. On the insert, it’s written that there have been rare, postmarketing reports of men using Viagra developing non-arteritic anterior ischemic optic neuropathy (NAION) — a cause of decreased vision including permanent loss of vision.

According to the insert, “most, but not all, of these patients had underlying anatomic or vascular risk factors for developing NAION.” These factors are then listed as “necessarily limited to low cup to disc ratio or “crowded disc,” age over 50, diabetes, hypertension, coronary artery disease, hyperlipidemia and smoking.”

“It’s not possible to determine whether these events are related directly to the use of PDE5 inhibitors, to the patient’s underlying vascular risk factors or anatomical defects, to a combination of these factors, or to other factors,” Pfizer again says.

But elsewhere on the Viagra.com site (at the beginning), these conditions — hypertension, diabetes and high cholesterol that puts one at risk for coronary artery disease — are the very problems associated with the impotence that Viagra seeks to cure.

This means that the population of men who serve as Viagra’s target market is also the very same patient population that’s at risk for developing sudden loss of sight, Health Side Effects surmises.

It is possible that sudden vision loss is more likely than the manufacturer is willing to admit? So far, in clinical trials and postmarketing experience, this grave side effect occurred in less than two percent of people who took the drug.

To find out, the next step would be to scour medical literature for conclusive studies linking Viagra or other PDE5 inhibitor drugs with vision loss — and that may be a likely future article in this site.

But right now, what we have is a possibility that needs to be investigated — as well as this list of side effects reported in both clinical trials and postmarketing experience, and a bit of explanation from the product insert.

“Sildenafil is selective for phosphodiesterase-5 (PDE5). It has lesser affinity for other PDE isoenzymes, one of which is PDE6, an enzyme found in the retina. This lower selectivity is thought to be the basis for abnormalities related to color vision observed with higher doses or plasma levels,” the product insert says.

A close reading of the insert also shows that in one of five men (that’s 20 percent) who have the vascular risk factors for it, nonarteritic anterior ischemic optic neuropathy, (AION) — or the loss of vision due to damage to the optic nerve from insufficient blood supply — developed in one eye within minutes to hours after sildenafil was taken.

Viagra.com, in fact, lists “bluish or blurred vision or sensitivity to light,” as one of the common Viagra side effects among those taking the drug. Other less common ocular side effects include — in order of least harmful to downright dangerous:
• Ocular redness or bloodshot appearance
• Conjunctivitis or the inflammation of the eye’s outermost layer and the eyelid’s inner surface
• Dry eyes
• Diplopia or double vision
• Mydriasis or prolonged pupil dilation
• Eye pain or burning
• Cataract and increased intraocular pressure (which put a patient at risk for blindness)
• Paramacular edema or ocular swelling/pressure
• Eye hemorrhage or retinal vascular disease or bleeding
• Vitreous detachment/traction — or the movement/detachment of the retina away from its underlying layer of support tissue, a medical emergency that may lead to vision loss and blindness

In fact, abnormal vision was reported in more than one in ten (11 percent) of men taking Viagra for clinical trials used to gain FDA approval.

Viagra side effects: heart problems
A number of serious cardiovascular, cerebrovascular and vascular events have been reported in clinical studies and after the drug was FDA approved. These include:
• migraine
• palpitation or ventricular arrhythmia and tachycardia
• hypertension or hypotension
• angina pectoris or heartburn
• fainting or syncope
• heart attack
• stroke
• stroke from a blot clot in the brain
• ministrokes
• brain hemorrhages
• hemorrhage in the lungs
• sudden cardiac death

Similarly, the drug’s maker has pointed to these side effects occurring in people with preexisting cardiovascular risk factors.

In Viagra’s product insert, a note is found that says, “Most patients had preexisting cardiovascular risk factors.”

Because of this, it concludes that it’s not possible to determine whether these events are related directly to Viagra, to sexual activity, to the patient’s underlying cardiovascular disease, to a combination of these factors, or to other factors.

Again, ironically, the Viagra.com website notes that “studies have shown that most erectile dysfunction is caused by physical health problems. These problems are most commonly high blood pressure, high cholesterol, and diabetes.”

Men who take Viagra are advised to seek medical attention right away if they experience any of these symptoms, as well as:
• memory loss
• numbness of an arm or leg
• one-sided weakness
• painful or prolonged erection
• ringing in the ears
• seizure
• severe or persistent dizziness
• severe or persistent vision changes
• sudden decrease or loss of hearing
• sudden decrease or loss of vision in one or both eyes

Other less common Viagra side effects:

Hematologic side effects: Anemia and leukopenia

Nervous system: Headache, observed in up to 16 percent of patients. Other less common nervous system side effects have included dizziness in two percent, and, in less than two percent — ataxia, hypertonia, neuralgia, neuropathy, paresthesias, tremor, vertigo, depression, insomnia, somnolence, abnormal dreams, decreased reflexes, and hypesthesia. There have also been reports of transient global amnesia and tonic-clonic seizures, as well as anxiety, seizure and seizure recurrence.

Men are advised to seek immediate medical attention if either prolonged erection or priaprism occurs. If priapism isn’t treated immediately, penile tissue damage and permanent loss of potency could result.

This isn’t a complete list of possible Viagra side effects, and men who take Viagra are encouraged to report its negative side effects to the FDA.