Whey Protein Hair Loss Side Effect? Does whey protein powder make you bald or cause you to loss hair? A certain Dr. Larry Shapiro, who is described in a press release as “a nationally recognized hair transplant surgeon and dermatologist”, asserts that it does.

Dr. Shapiro himself has categorically stated that whey protein isolates (WPI) leads to hair loss. Quote from his press release:

Consumers need to be made aware that taking WPI can damage and accelerate hair loss. Through my research, we’ve discovered that a vitamin enriched WPC has a very positive effect on healthier, fuller looking hair. WPI contains highly concentrated amounts of amino acids that cause the body to increase production of testosterone, which breaks down into dehydroxytestosterone (DHT), a hormone that has been scientifically proven to cause hair loss.

So should people stop using whey protein supplements? Should we throw them darn protein things to the garbage can?

Nah. Not so fast. The problem with Dr. Shapiro’s study is that it is self-serving and commercially motivated. More importantly, the study is also not scientific. 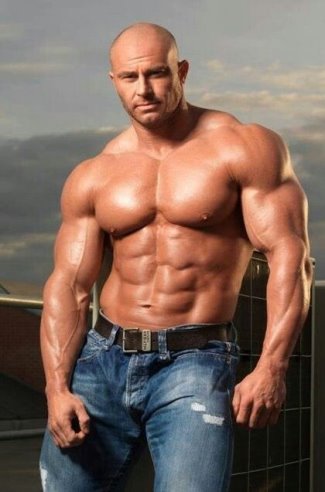 How is the study self-serving and commercially-motivated, you ask? Well, because the study which supposedly links whey protein isolates (WPI) with baldness also concludes that Dr. Shapiro’s very own product, Dr. Shapiro’s Help Hair™ Shake makes your hair healthy. In other words, the person behind the study has something to gain from making WPI look bad because he is selling a WPI alternative, his very own Help Hair Shake which is made of whey protein concentrate (WPC).

According to the good doctor’s study, if you use Help Hair Shake your hair will be “healthy, shiny, less hair loss, less hair breakage, stronger, longer, grew faster, bouncier, fuller and thicker”.

Just to be clear, we are not saying that whey protein supplements or WPIs do not cause hair loss. Maybe it does. However, the Shapiro study is not the proof that establishes that there is indeed a whey protein hair loss side effect link.

Why? Because, as we already mentioned, the good doctor has a financial motivation to trash WPI and to promote a WPI-substitute, the Help Hair Shake which turns out to be his very own product he wants people to buy.

Another, more important, reason is that the study is faulty and it is not scientific at all.

Here’s the reasons why:

The methods used to supposedly determine the association of hair loss with either whey protein isolates (WPIs) or Dr. Shapiro’s own Help Hair Shake (which is made of whey protein concentrates or WHCs) are not comparative.

To determine the supposed effect of Dr. Shapiro’s Help Hair Shake on the participant’s hair, he gave them a one-month supply of his product to take in every day. Afterwards, the participants were asked “whether their hair looked healthier, shinier, less hair loss, less breakage, stronger, longer, grew faster, bouncier, fuller and thicker.”

In contrast, to determine the effect of WPIs on the participants hair, they were not given any free products at all. Instead, they were simply asked whether they took in WPIs for at least four consecutive weeks before they joined the study. They were then asked whether their intake of WPI is “associated with hair loss, breakage, dullness, weaker hair, less bounce, thinner and slower growth”.

Honestly, that’s the dumbest study we’ve ever heard of and no real deal medical researcher worth his/her title as a “researcher” would ever want to associate his or her name with a faulty study like this. If the good doctor really wanted to compare the effects of WPIs and his WHCs on hair loss the study would have looked like this:

That’s it. That’s how we would do a scientific study that would give us the right to proclaim to the world that such and such product leads to hair loss and why our very own product is a good alternative.

In conclusion, we’d like to underscore again that we are not saying that whey protein supplements do not cause hair loss. Maybe it does. However, the study that’s often claimed to establish the link between whey protein hair loss side effect is not good science at all.