Zelboraf Side Effects: Diarrhea & Other Bad Side Effects. Europe’s drug regulator has approved the targeted melanoma drug Zelboraf (vemurafenib), expanding the treatment options available to nearly 160,000 people who are afflicted every year by the deadliest form of skin cancer.

The European Medicines Agency’s approval of Zelboraf follows that of the United States Food and Drug Administration given in August, and Roche Holding AG, the drug’s Swiss maker, said it expects the European Commission to endorse the approval formally in February 2012.

The new medication is targeted for patients with tumors that have a mutation in a gene known as BRAF that allows melanoma cells to grow. About half of all melanomas have the genetic aberration the drug targets.

Zelboraf is given as a twice-daily pill and is designed to be used alongside a companion diagnostic test, also from Roche, that identifies which patients have the BRAF genetic mutation.

The European drugs watchdog said it backed Zelboraf for treating patients with the BRAF mutation who suffered from metastatic or unresectable melanoma—or melanoma that cannot be removed by surgery.

Melanoma has a 90 percent survival rate when treated early, and because of its location on the skin’s surface, it is relatively easy to treat.

But melanoma’s invasive nature means that if left too long, it becomes highly aggressive: it can spread quickly to internal organs and the average survival rate is six to nine months.

Thus, there is an urgent need for medicines to treat metastatic melanoma, which is also the sixth most common malignancy in men and seventh most common cancer in women. Every year, around 60,000 people are affected by this cancer, and 15,000 people die from it.

“There is a high unmet medical need for alternative treatments for metastatic melanoma that improves survival of patients,” Europe’s drug regulator told Bloomberg.

The agency said the benefits of the new drug—lengthened period of time before melanoma progressed and increased the overall survival rate—outweighed outweigh its potential risks.

Severe Zelboraf Side Effects. Patients are advised to see the doctor immediately if they experience any of these side effects—which are severe:

The U.S. FDA said this is not a complete list of all side effects that may occur when taking Zelboraf, and patients are encouraged to contact their health care providers if they have questions about side effects.

Zelboraf was developed in partnership with Daiichi Sankyo and became the second drug to be approved for melanoma in the U.S. this year, after Yervoy from Bristol-Myers Squibb. 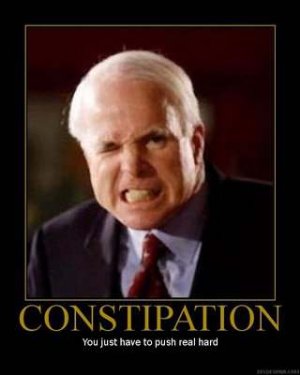 In August, Roche said that Zelboraf would cost just over $56,000 for a six-month course of treatment in the U.S. It has yet to announce a price in Europe.

More effective than chemotherapy
In June (2011), Reuters reported that advanced melanoma patients treated with Zelboraf in a clinical trial were 63 percent less likely to die than patients given chemotherapy.

The trial results were “better than we expected,” Dr. Paul Chapman of Memorial Sloan-Kettering Cancer Center in New York and the study’s lead investigator told Reuters.

Dr. Chapman noted that the testing plan was changed after it became clear that patients were faring better on the targeted drug.

The study, which was presented during the meeting of the American Society of Clinical Oncology, was done on 675 patients with previously untreated, inoperable late-stage metastatic melanoma with the BRAF mutation.

After an average of three months of treatment, patients receiving Zelboraf had a 63 percent reduced risk of death compared to patients given the chemotherapy drug dacarbazine.