Hair Transplant Side Effects on Young Men: Patchy Baldness: Male baldness, which can start in a man’s late teens is fairly widespread, affecting one-fourth of U.K. men in their 20s, around 15 percent of all men in the United States, and a growing number of European men.

Many try to correct this with hair surgery: There were more than 33,000 hair transplant operations in Europe last year.

Surgical hair restoration is the only technique that is permanent, but it works by moving hair from a part of a man’s head to the balding area, Dr. McKenzie explained in an article published on the International Alliance of Hair Restoration Surgeons’(IAHRS) website. Currently, 43 doctors contribute to the site.

Aside from setting the standards in hair transplant surgery, the IAHRS holds physicians accountable for their actions, shares information with the public and acts as an advocate for patients.

Dr. McKenzie explained: natural groupings of 1 to 4 hairs, called follicular units, are extracted from a site in the head of a balding man called the “donor site” then moved to the area of balding called the “recipient area.”

Hair restoration surgery in a man’s teens or twenties will not “fix the problem,” because balding is a progressive condition, he said.

This means that if surgeons continue to restore areas while balding happened at the same time—as commonly happens—the the surgeons would run out of donor hair, the article added.

A child has about 100,000 hairs on one’s head. By the time men begin to notice hair thinning, they have around 80,000 hairs. Men in the advanced stages of balding will have around 30,000 hairs left.

Of these 30,000 hairs, the total number available for hair transplantation, over several sessions, may be 15,000. Clearly, this cannot give the same coverage and density as a young man’s full head of hair, Dr. McKenzie said.

An under-30 patient who undergoes surgical hair restoration to correct premature balding would reach his thirties with an unnaturally low hairline but an increasing area of baldness across the middle and back of the scalp that cannot be filled as the donor hair supply has been exhausted. 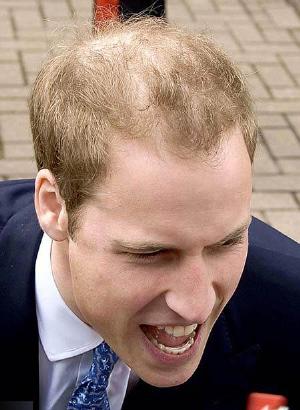 Medications help younger patients
For men below 30 years old who are beginning to lose their hair, experts recommend finasteride, a drug marketed under the brand names Proscar and Propecia. Taken every day, it is around 85% effective in stopping or significantly slowing hair loss, especially in the crown.

In some cases, the drug will stimulate hair regrowth. However, one to two percent of men who take this drug will suffer from erectile dysfunction.

Minoxidil solutions are also effective in slowing down or stopping hair loss. Some brand names are Rogaine or Regaine, Vanarex, Mintop and Loniten (oral), and Avacor Physician’s Formulation.

The drug can induce severe allergic reactions, so users should stop treatment and seek medical attention right away if they experience any of the following serious hair transplant side effects: rash, hives, itching, difficulty breathing, tightness in the chest, swelling of the mouth, face, lips, or tongue.